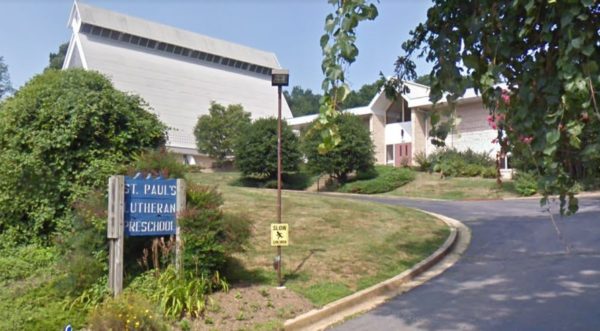 After several months of delays, plans to redevelop the St. Paul’s Lutheran Church property in the Falls Church area may go before Fairfax County planners in the spring.

Developer Toll Mid-Atlantic LP Company is seeking permission to redevelop 10 acres of the property at the intersection of Leesburg Pike and Idylwood Road into a residential neighborhood.

The Fairfax County Planning Commission’s public hearing for the project has been postponed several times this year since the application was first submitted in April.

Posusney said that the resubmitted plans are now tentatively expected in January.

“If they fail to resubmit in January, the public hearings would most likely need to be moved again,” Posusney said. “The project has only completed our pre-staffing review, which is the initial review by staff. They never submitted plans for a staffing review, and that is why they need to resubmit.”