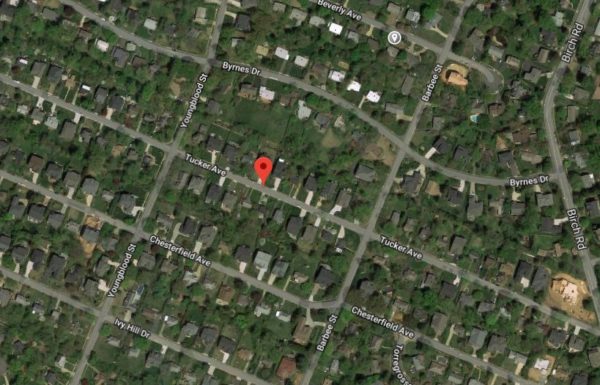 Design work is set to start at the end of the year to look for ways to reduce flooding in a McLean neighborhood.

The area was reportedly damaged from severe flooding in July, along with several spots in McLean.

The project, which is located in the Pimmit Run Watershed, will look at the current drainage and stormwater infrastructure in the neighborhood and within a 67-acre drainage area that leads to Pimmit Run. The project is divided into three areas.

“All three areas have inadequate drainage systems that result in street, yard and/or house flooding during certain storm events,” according to Fairfax County. “Additionally, portions of lower Tucker Avenue are in a FEMA floodplain along Pimmit Run that creates further drainage problems.”

Fairfax County has teamed up with the Virginia Department of Transportation on the project, according to the county.

So far, Foust was able to share that the project will upgrade the conveyance system and propose a new stormwater management system.

Foust has said that this is one of several projects meant to address flooding issues in McLean.

“Coordination with homeowners including [the] acquisition of additional storm drainage easements will be required prior to final design and construction,” according to Fairfax County.

Construction costs are expected to total $3.7 million and will be funded through Fairfax County’s Stormwater Service District fee.

New systems will be installed along VDOT’s right of way based on the neighborhood drainage pattern, Foust said.