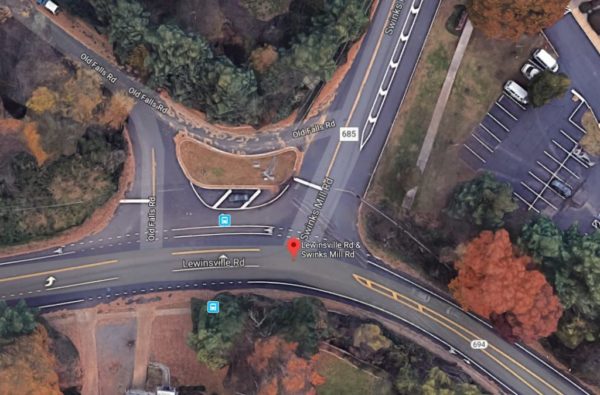 Fairfax County officials are set to consider changes to the intersection of Swinks Mill and Lewinsville Roads in McLean later this fall.

The Virginia Department of Transportation is currently studying the intersection.

Dranesville District Supervisor John Foust said that the intersection would need more than a traffic signal to improve congestion and safety.

Foust said that he plans to meet with VDOT and the Fairfax County Department of Transportation in late fall to discuss the options and funding.

“The final report is being drafted and should be completed later this fall, and will include high-level cost estimates for all three concepts being analyzed,” McCord said.