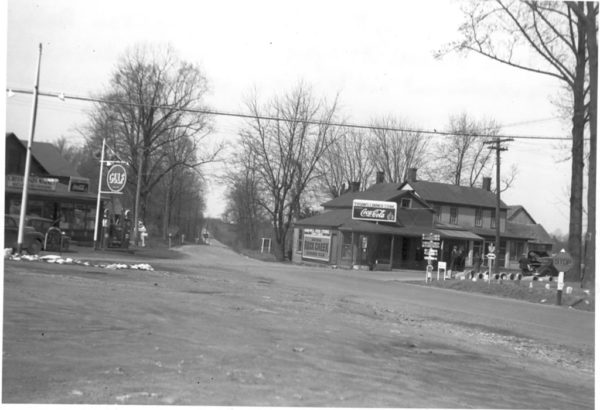 The birthplace of “Tysons Corner” may soon become the site of new development.

The site at the corner of Route 7 and Route 123 is known by locals as the place where Tysons originated with a tiny country store, according to the Tysons Partnership.

But after almost 100 years in the family, the site is now available to rent out to developers as a ground lease, Janet Caldwell, a relative, told Tysons Reporter.

The family decided to work with real estate firm Cushman and Wakefield to help them find a tenant for the 7 acres of land. The ground lease would allow developers to build on the property while paying rent to the original owners.

“You don’t find parcels of this size in an urban environment,” Paul Collins, the vice-chairman of Cushman and Wakefield, told Tysons Reporter, adding that this is a rare opportunity in the area considering the land’s visibility and close proximity to the Greensboro Metro station.

Less than 2% of development deals are made up of ground leases, Collins said.

He was not sure how much the land would rent for or how long the lease would be. He also couldn’t reveal the identity of the several parties interested in developing the land, but he did say “large international developments tend to be interested in this type of property.”

Once developed, Collins said he imagines the property will become a mix-used development with housing and retail similar to The Boro development nearby.