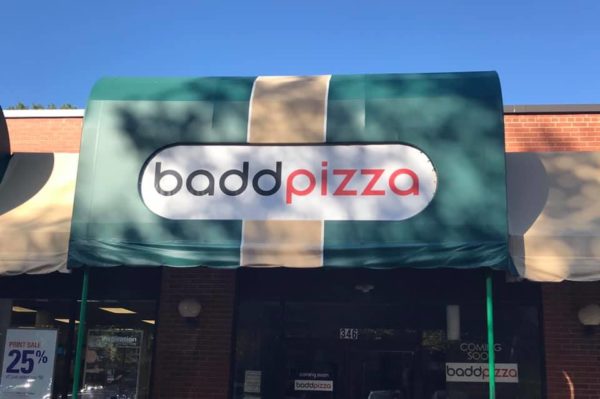 Two new baddpizza locations are slated to open in the next few months in the Tysons area.

One location will be in McLean at 6263 Old Dominion Drive, while the other one will come to Falls Church at 346 W. Broad Street.

Though the exact opening dates have not been announced yet, owner Joel Salamone said that the Falls Church location is expected to open in late November, followed by the Mclean location in either late December or early 2020.

Baddpizza is known for its “deliciously badd” chicken wings and pizza, according to its website. The chain also offers sandwiches and salads.

Diners can expect the menu to stay consistent between locations, Salamone said. “Our goal is to expand the number of locations in this area rather quickly, so we are focused on keeping things manageable for consistency’s sake.”

Salamone said he plans to host grand opening parties for both of the locations and that finalized dates will be announced within the next month.

END_OF_DOCUMENT_TOKEN_TO_BE_REPLACED

More Stories
Locals Meet With Fairfax Police, Therapy Dogs at ‘Coffee With a Cop’Legal Review: New Criminal Justice Reform Law is Being Put to the Test