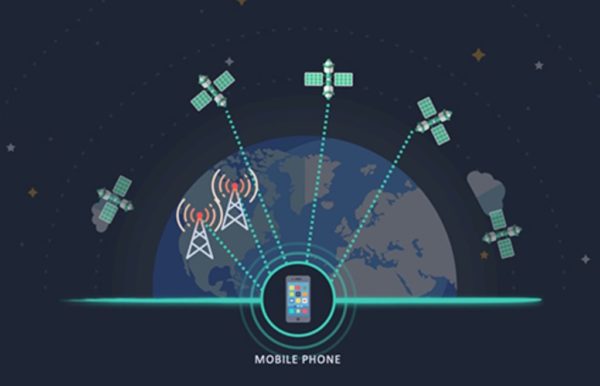 (Updated 9/19/19) A company in the City of Falls Church is rethinking cell phone service to eradicate dead zones across the globe.

Lynk is a new startup in the process of launching satellites that will allow cell phone users to send and receive SMS texts anywhere in the world within 55 degrees north or south of the equator.

Though they aren’t operational just yet, they want to show partners that their technology is beyond that of science fiction, said CEO and Co-founder Charles Miller.

By working with cell phone companies, Lynk will be able to provide secondary service from satellites when it isn’t available from normal towers, Miller said.

The idea for the startup came from Co-founder and Cheif Operating Officer Margo Deckard during her time in Africa easing the impact of Ebola through data and satellite information, Miller said.

Deckard noticed people had a hard time communicating with one another using technology because wi-fi and cell tower service were not available and wondered if satellites could be a solution.

When the team first proposed the project there were lots of naysayers, Miller said. But given his background as a senior adviser for NASA, he was confident in the capabilities of satellites and his team.

“Basically people thought it was impossible and assumed it couldn’t be done because it defied conventional wisdom,” Miller said.

Miller said getting funding was one of the largest roadblocks he faced, adding that the company needed investors to fund prototypes and test-runs. After three rounds of funding, the company finally received in June the $12 million they needed to begin test runs.

Lynk will launch all of their satellites via a rocket to the International Space Station (ISS) and then from ISS into space.

The company recently decided to rebrand from Ubiquitilink Inc. for clarity and ease of name recognition. Miller said that it was hard to spell and it didn’t translate well into other languages.

Lots of investors have been suggesting they move their headquarters to Silicon Valley, but Miller said he considers Northern Virginia to be his home as well as a hotbed for innovation.

Looking forward to the future, Miller said the company will focus first on establishing reliable text messages before they establish bandwidth for phone calls or data streaming services. He said 3,000-5,000 text messages can be sent with the same bandwidth that it takes to support one five-minute phone call.

Once they manage to raise capital through private companies, they will expand to assist the Federal Emergency Management Agency, U.S. Department of Homeland Security and the Coast Guard, Miller said.

To meet their upcoming goals, Miller said they are looking to recruit one more investor by the end of the year.

The company is currently looking to hire eight different positions, including a vice president of business development and a telecommunications software engineer.