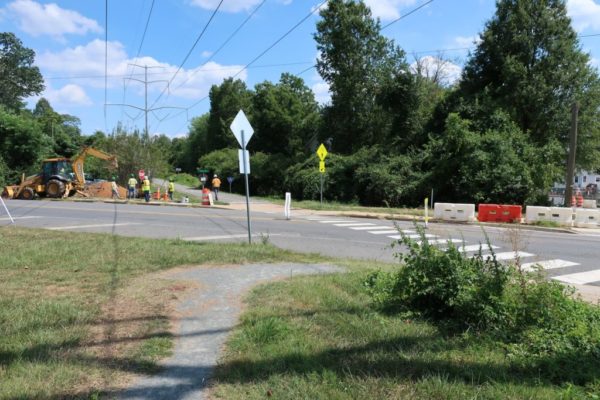 Construction on the Washington and Old Dominion Trail in the City of Falls Church is almost over.

The W&OD Trail closed at Grove Avenue and N. West Street starting Aug. 19 and is expected to open back up on Friday, Sept. 6, according to a tweet.

DePue said the Northern Virginia Regional Park Authority is also in the design process to install dual paths that will ease congestion.

“The goal of dual surface trails is to separate bike traffic from pedestrian traffic to improve user safety and enjoyment of the trail,” he said.

Photo via The W&OD Trail/Twitter