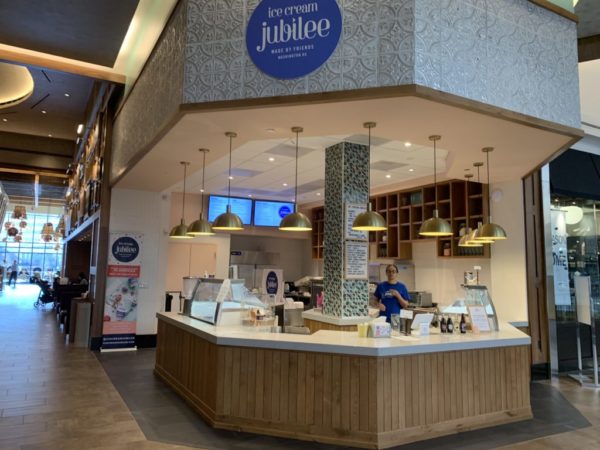 The location closed its doors during the last week of July after serving customers since December 2018, according to Jenna Hahn, the vice president of operations for Ice Cream Jubilee.

“While we very much enjoyed getting to know the people of the area, we decided to focus on our permanent locations,” Hahn said.

Matthew Woods, the assistant manager of Jubilee’s Ballston spot, said the Tysons location was not meeting its sales goals.

“The foot traffic didn’t pick up during the summer as we expected it to,” Woods said, adding that sales were unusually low especially for the hot summer months.

Unlike the Tysons location, Ice Cream Jubilee in Ballston seems to be very popular according to Woods. He added that they still have a steady flow of customers despite the start of the new school year.