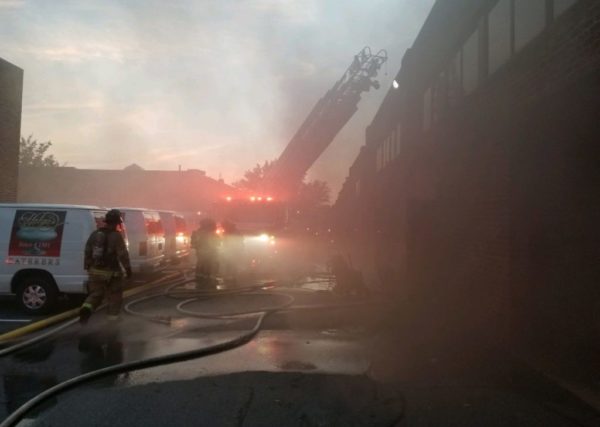 Warehouse Fire in Tysons — A fire broke out in a warehouse in the 8400 block of Tyco Road in Tysons Sunday (Aug. 4) evening, which firefighters “quickly extinguished.” No injuries have been reported. [Fairfax County Fire and Rescue/Twitter]

Behind the Scenes of Cirque du Soleil — Pawel Walczewski shared what it’s like being one of the aerial artists who plays Waz in Cirque du Soleil’s “VOLTA.” The show is currently in Tysons until Sept. 29 [DC Metro Theater Arts]

Woman Struck, Killed by Car in Falls Church — “Fairfax County police arrested a man who allegedly struck and killed a Falls Church woman who was walking with a child in the West Falls Church area Saturday afternoon.” [Tysons Reporter]

Out With the Old, In With the New (Lightbulbs) — Back in July, the Board of Supervisors voted to “require LEDs instead of less-efficient high-pressure sodium streetlights in new developments. This relatively simple change marks a significant step forward in the county’s pursuit of policies that benefit the environment and reduce greenhouse gas emissions.” [Fort Hunt Herald]

Falls Church Holding Flash Flood Forum — “The City of Falls Church announced Tuesday that it has organized a public forum for Wednesday, Aug. 7, at 7 p.m. at the Council Chambers of City Hall for a “July 8 Flood, Impact, Recovery and Response” forum. Citizens are invited to attend as City staff and elected officials review the impact of the flash flood last month.” [Falls Church News-Press]