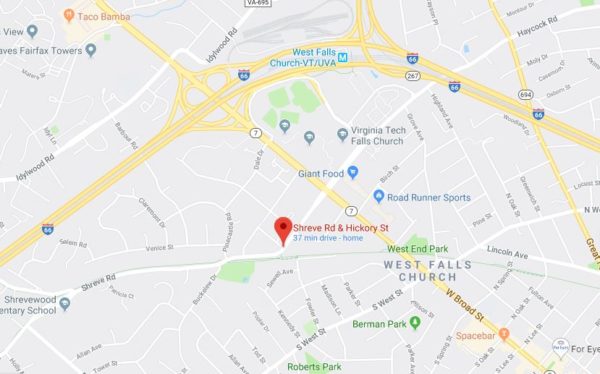 (Updated at 4 p.m. 8/6/19) A driver has been arrested after police say he struck and killed a woman who was walking with a child in the West Falls Church area Saturday afternoon.

The victim was identified by police Sunday (Aug. 4) as 60-year-old Betty Ana Bernstein-Zabza of Falls Church. Police said Bernstein-Zabza died as a result of injuries from the crash, which happened shortly before 3 p.m. Saturday near the intersection of Shreve Road and Hickory Street. 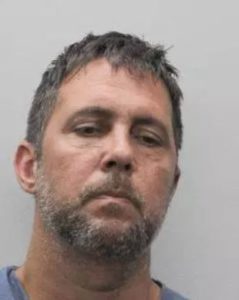 “Detectives from our Crash Reconstruction Unit have preliminarily determined that [Bernstein-Zabza] was walking with a juvenile northbound on a pedestrian pathway adjacent to Shreve Road,” police said. “They entered a crosswalk that connected the pathway to a sidewalk when they were hit by a stolen 2013 Nissan Titan pickup truck.”

While police said that couldn’t unable to provide any information about the identity of the child, WUSA9 reported that the child was Zabza’s son.

The crash scene was near the busy W&OD Trail.

“Detectives believe [Francis] lost control of the truck causing it to exit the roadway and hit Bernstein-Zabza and the juvenile,” police said.

Bernstein-Zabza was taken to a local hospital where she was pronounced deceased.

The juvenile was treated for minor injuries. Francis ran from the scene but was arrested a short time later. He was not injured.

Both speed and drugs appear to be factors. Francis was charged with one count of felony hit and run. He was taken to the Adult Detention Center where he is being held without bond. Additional charges are anticipated.

Detectives believe Francis may have been involved in additional criminal events yesterday in both Fairfax County and adjoining jurisdictions.

Since 2009, Francis has faced 30 charges including many traffic-related ones like driving under a revoked or suspended license, operating an uninsured vehicle, speeding and improper driving, according to court records.

An FCPD spokesperson told Tysons Reporter that police preliminarily believe that within the hour prior to the fatal pedestrian crash, Francis was involved in the following incidents: