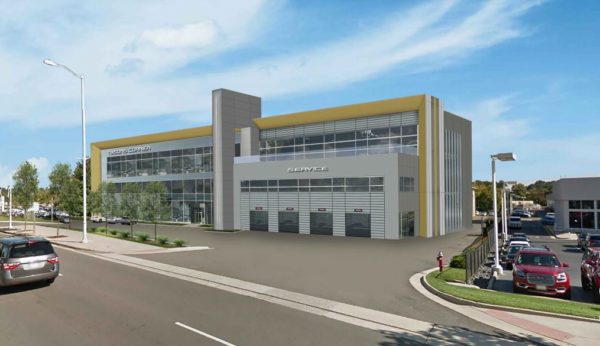 The Fairfax County Board of Supervisors approved the expansion plans on Tuesday (July 30) on the north side of Leesburg Pike right below the Dulles Toll Road.

The two-phase development would convert a 73,000-square-foot warehouse into vehicle storage and offices for the dealership, reconfigure a parking lot and allow for a second dealership franchise.

“The warehouse was once showroom space for an Ourisman dealership on the site, but Koons acquired the property in a $19.4 million land deal in 2016, according to county records,” the Washington Business Journal reported.

Koons is one of the D.C. area’s largest car dealers and has two other Tysons locations in addition to the Koons Tysons Toyota at the 8600 block of Leesburg Pike, WBJ noted.

According to the county’s staff report:

“This proposal will improve the appearance and repurpose an aged building that is located along Leesburg Pike in Tysons with minimal site disturbance,” Lynne Strobel, an attorney representing Koons, told the board.