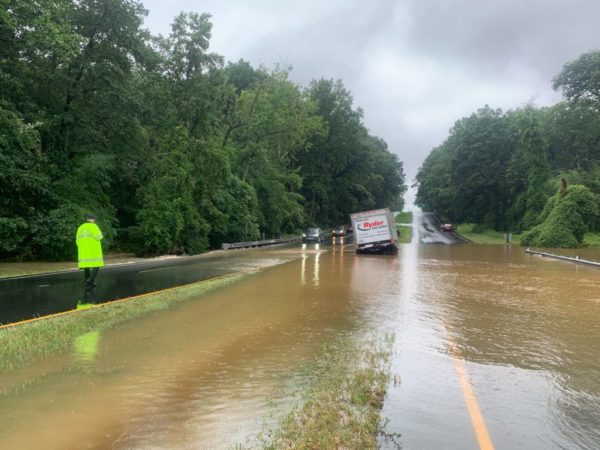 * Showers and thunderstorms are expected this afternoon and evening. Torrential rainfall may lead to totals exceeding 2 inches in a short period of time. This may cause flash flooding of small streams and other poor drainage urban areas.

A Flash Flood Watch means that conditions may develop that lead to flash flooding. Flash flooding is a very dangerous situation.

You should monitor later forecasts and be prepared to take action should Flash Flood Warnings be issued.

After more than 55 water rescues on Monday, forecasters are also reminding people to “turn around, don’t drown” when encountering water of unknown depth on the roads.

A Flash Flood Watch has been issued for areas in green from 2pm through tonight. 2+ inches of rainfall in a short period of time is possible. This could cause flash flooding of streams and other poor drainage urban areas. Remember, turn around, don't drown! pic.twitter.com/UqGQa0Hhla