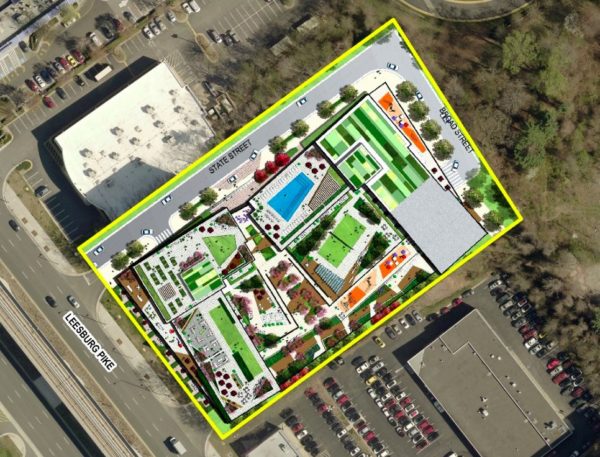 The large affordable housing project near the Spring Hill Metro station is on hold, according to the developer.

The Clemente Development Company is currently busy with The View, a 3 million-square-foot redevelopment project planning on being a new residential, retail and arts hub for Tysons. The project includes The Iconic, a 600-foot tall tower that has the potential to shape the Tysons skyline.

The Evolution, a residential development planned just south of The View, popped up again yesterday (Monday) in Fairfax County permitting, but Antonio Calabrese, a lawyer representing Clemente, said there have been no new plans submitted for the project since it was initially proposed in 2017.

The eventual plan is to include 1,400 multi-family units in a high-rise building that would replace the existing commercial building. All units would be workforce dwelling units.

Calabrese said The Evolution is a separate project from The View and is not part of a proffer related to that project.

Meanwhile, Calabrese said Clemente is moving forward with plans to resubmit The View to Fairfax County staff on Friday (June 14) with hopes to have final approval in the fall.