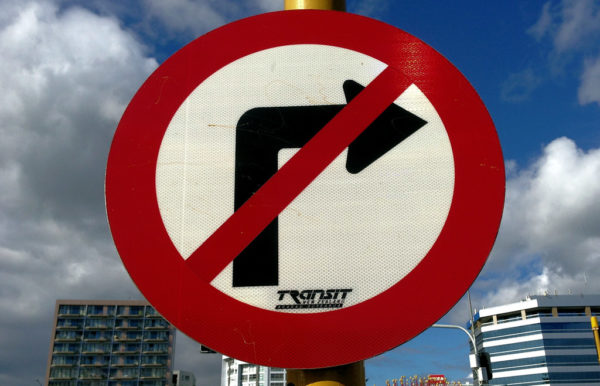 Last year, McLean residents shot down a plan to eliminate cut-through traffic because it would also limit street access for residents, but new legislation could allow a middle-ground option.

At a Fairfax County Board Transportation Committee meeting today (Tuesday), staff discussed a proposal that would give local residents permits to exempt them from cut-through restrictions either currently in place or to be established.

Dranesville District Supervisor John Foust said the idea came from a local citizen and was presented by Del. Kathleen Murphy (D-34th District) to the Virginia legislature, who sponsored HB 2033. The legislation allows Fairfax County to “develop a program to issue permits or stickers to residents of a designated area that will allow such residents to make turns into or out of the designated area during certain times of day where such turns would otherwise be restricted.”

“This is only relevant for cut-through turns,” Freschman said, “not safety restrictions.”

Once a cut-through restriction is put into place, Freschman said a letter would be sent out to local residents letting them know how to file for a permit.

Currently, staff said there are only two areas that have relevant cut-through restrictions: both of them in the Mason District, but Foust noted that there are places in the Dranesville District where this kind of permit could be a solution to transit woes.

Staff estimated that developing the new ordinance could take six months, followed by seven months of updating agreements with partner agencies and designing the new permits, and a year to work with a contractor to develop new software. Part of that process would be determining permit-eligible areas and determining if a fee should be charged to residents for the permits, which staff currently does not recommend.

Staff also noted that permits would be issued to vehicles registered at permit-eligible addresses and would not be available to visitors, caregivers, service providers, relatives or others. After questioning from the committee, staff said they would look into seeing about easing that limitation.

Enforcement of the policy would be conducted on a complaint basis, staff said, rather than as a daily activity. Difficulties like low-light conditions and potentially confusing factors, such as unclear signage, were also noted in a report on the project.

The committee approved of staff moving forward with the plan to build guidance and to work with Fairfax County Police to ensure the program is enforceable. The project is expected to return for public hearing and consideration in early 2020.

“This is a breakthrough,” said Board of Supervisors Chairwoman Sharon Bulova. “We’ve never been able to use a tool like this, but the state legislation allows us to do that.”