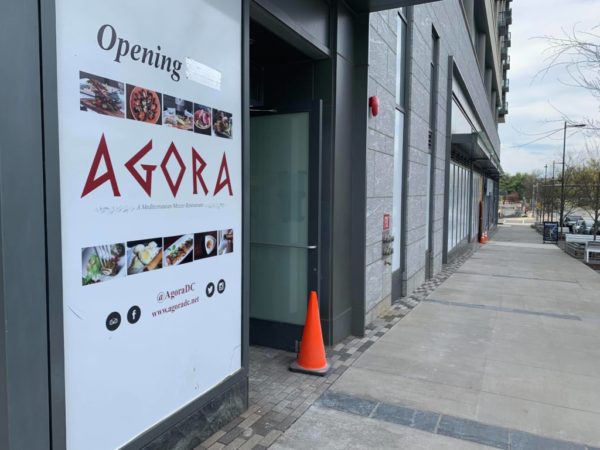 If you peeked under silver duct tape on the front window of Agora at 7911 Westpark Drive, you would find a sign saying “Opening 2018.” Things have not gone as planned.

The new restaurant would be the second location for the Mediterranean eatery based out of Dupont Circle in the District. The restaurant is under construction in the Nouvelle apartment tower northeast of Tysons II, part of a suite of Arbor Row developments.

The restaurant was announced last October with plans to open in December. But by February, owner Ismail Uslu said he had been struggling with a slow permitting process that has taken a full year for approval.

At the time, Uslu said the new opening was scheduled for March. But midway through April, the interior of the restaurant is still under construction.

According to Uslu, the restaurant is having design difficulties related to elevation. The restaurant is not only split-level but located on a slope running down Westpark Drive. Uslu said the new aim is to open sometime in mid-to-late May.