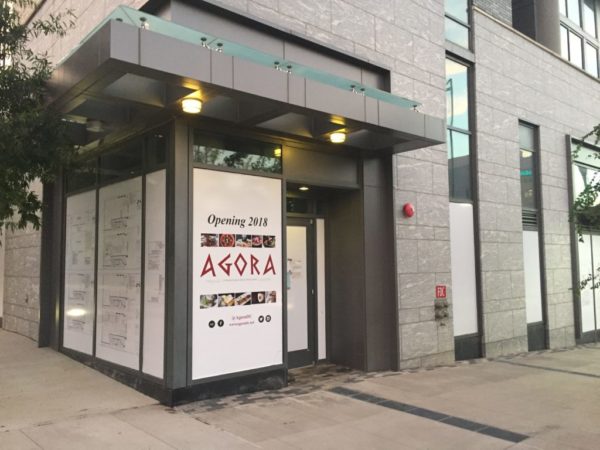 Agora, a Mediterranean restaurant in D.C., won’t be opening its new Tysons location until December or possibly January.

The restaurant, which specializes in cuisine from Turkey, Lebanon and Greece, will be moving into the ground floor of Nouvelle, a 26-story apartment complex at 7911 Westpark Dr. near Tysons II.

“Finding space for Agora that supports and drives their business strategy was most important during the site selection process,” said Oyku Hanna, vice president of brokerage agency Veritage Commercial, which represented Agora, in a press release. “Nouvelle in Tysons is a great fit for Agora and I look forward to seeing their continued success at this location.”

According to a restaurant employee, the new location will most likely be opening at some point this winter. The employee said the restaurant owners were hoping to open it sooner but are still in the process of licensing and permitting.

When the permits are approved, the 3,500 square-foot restaurant will bring to Tysons largely the same Mediterranean small plates and cocktails from its trendy Dupont Circle location.

END_OF_DOCUMENT_TOKEN_TO_BE_REPLACED

More Stories
Ask Val: Welcome to Ask Val!Malls Are Not Going Away and Other Local Predictions from Today’s Bisnow Event in Tysons