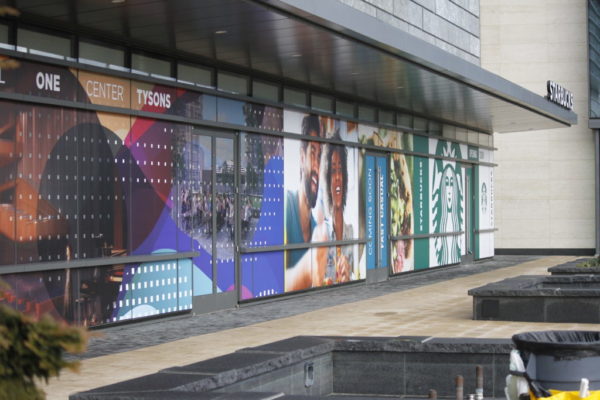 There’s a suite of new restaurants planned for Capital One, but the previously announced Taco Bamba won’t be among them.

A Taco Bamba Taqueria was originally announced along with City Works Eatery and Pour House and a Starbucks. A Wegmans is currently under construction nearby with a planned opening in 2020.

A representative of Capital One said the City Works — a 12,000 square foot restaurant with 90 beers on tap — is on track to open in May, and the Starbucks recently opened, but that there will be no Taco Bamba on the Capital One campus.

The building went so far as to wrap the storefront that would have housed Taco Bamba with artwork that included a photo of a taco. But the celebration of the planned Taco Bamba may have been premature from the start.

Jennifer Williams from Know Public Relations, which represents Taco Bamba, said in an email that the restaurant and the landlord never reached an agreement or executed a lease for the space.

Taco Bamba was founded in Falls Church and has recently been spreading throughout the region. The restaurant was also recently nominated for “Favorite Fast Bites of the Year” and “Restaurateur of the Year” at the 2019 RAMMY Awards.

END_OF_DOCUMENT_TOKEN_TO_BE_REPLACED

More Stories
E-Bikes Come to Capital Bikeshare in TysonsShave Your Head at The Boro Tomorrow to Raise $5,000 for a Children’s Hospital