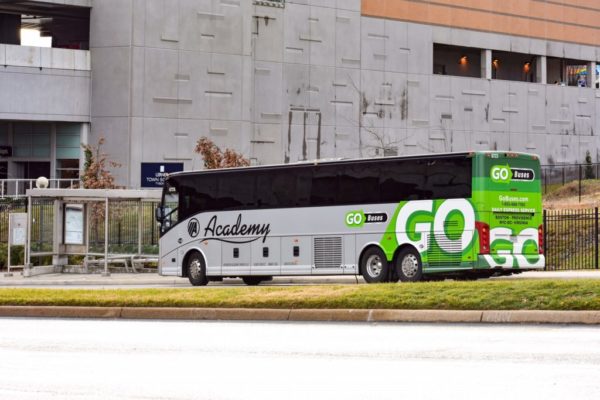 GO Bus, a bus line that operates throughout the northeast, has added an additional stop in Tysons.

According to a press release, the new stop will be at the Tysons Corner Metro station.

From the press release:

For the D.C. and Virginia service to/from New York City, this new stop joins five other stops in the D.C./Virginia metro area, and is the 13th stop overall in the GO Buses network.  Other existing stops in the region include L’Enfant Plaza (C Street SW in D.C.), Eastern Market (Pennsylvania Avenue SE in D.C.), the Eisenhower Avenue Metro Station in Alexandria, the Fairfax/GMU Metro station in Vienna, and the Manassas commuter lot on Cushing Road in Manassas. The New York City stop is in Midtown Manhattan (30th Street between 9th and 10th Avenues).

While the press release boasts fares as low as $18, the lowest Tysons to New York City tickets available over the next month are $22.

This isn’t the first new affordable Tysons-New York line to open up. Last November, OurBus opened a new line to New York for around the same price.