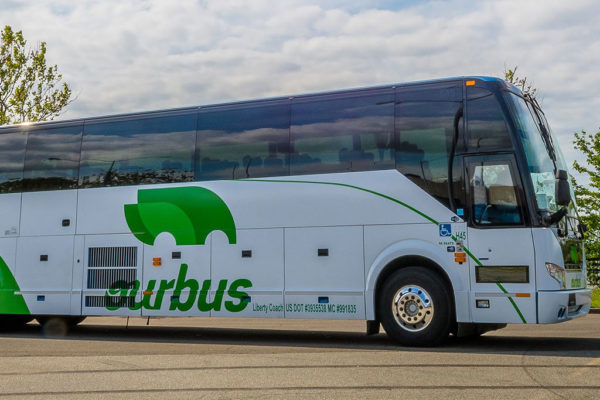 Local residents looking to catch a bus to New York City no longer have to take the trip to Union Station or Chinatown.

OurBus, a bus service founded in 2016 offering intercity and commuter routes, will run a new route from Tysons to New York City starting this Sunday (Nov. 18).

“We saw a terrific opportunity to provide local Tyson’s residents a more efficient, less stressful travel option to NYC,” said Axel Hellman, co-founder of OurBus, in a press release.  “Rather than traveling to a city center such as Arlington or D.C., and paying for parking, our customers can board our buses close to their home and work.”

Tickets for the maiden voyage from Tysons to New York are $25. The bus picks up on Dolley Madison Boulevard in front of the McLean Metro Station at 1 p.m. and will drop off at Park Avenue S. between 26th and 27th Streets in New York at 5:40 p.m.

Hellman said the bus tickets are more affordable than flying or other forms of travel, which is true, although it’s worth noting that tickets from Washington, D.C. earlier that morning are notably cheaper with a 7 a.m. trip for $15 and an 8:30 a.m. trip for $10.

The company also offers full refunds if the booking is canceled up to 25 hours prior to departure time and can exchange tickets for different departure times within 24 hours.