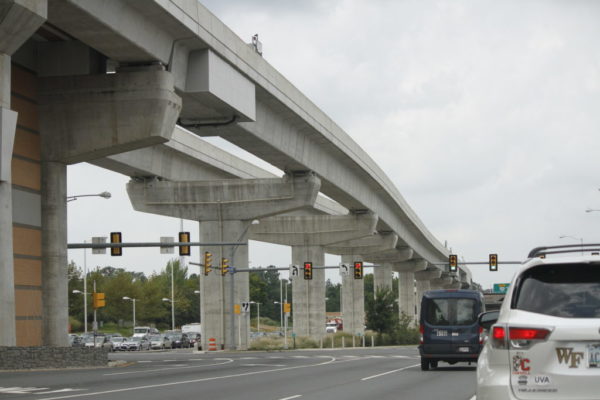 A proposal to restore late-night Metro hours, cut three years ago to allow for more evening maintenance, was delayed last night (Thursday) at the end of a rough week for the Silver Line.

Prior to 2016, Metro closed at midnight on weekdays and 3 a.m. on weekends, but in 2016 the evening hours were reduced as part of the “SafeTrack” maintenance project to an 11:30 p.m. closing time Monday-Thursday, 1 a.m. on Fridays and Saturdays, and 11 p.m. on Sundays. But those changes had only been scheduled to last one year, and in 2017 the reduced service hours were renewed for another two years.

While there had been talk of restoring the earlier service hours, the Metro Board of Directors deferred a vote over restoring late hours until early 2019 to allow for greater study on how the hours would impact track maintenance.

Track maintenance is a particularly pertinent issue for those who live along the Silver Line. On Tuesday, service on the Silver Line was reduced from the Wiehle station to Ballston after a cracked rail forced trains to single-track in the middle of the afternoon rush.

PSA to Silver Line riders: it's a rough one tonight. https://t.co/BhxotiQqvd

D.C. Council members have repeatedly stated concerns that the lack of late-night Metro service left hospitality and restaurant workers without a means of getting home.

Frank Shafroth, the director of the Center for State and Local Leadership at George Mason University, said ensuring reliability is currently a higher priority for the Metro than restoring late night hours.

“The difficult challenge is the recognition that the growth of Uber et al has created pricing challenges for Metro, so Metro’s key issue in order to remain fiscally fit is to ensure riders of its reliability,” said Shafroth in an email. “Currently, whenever I go to [the George Washington University Hospital], it is 15 minutes by walking and Metro: there is no way I could do that, find parking competitively. [The Board] is focused precisely on the critical issue of making reliability its priority. Once that is certain, then it can build on that to restore late night hours.”

In other Silver Line news, the already behind-schedule expansion project also faces further delays as hundreds of rail ties installed along the second phase of the project were discovered to be flawed.

A man who faked records to hide faulty Silver Line concrete panels was convicted, and sentenced to one year in prison and required to pay $700,567.11 in restitution.

Despite this, Metro ridership is still on the rise in Tysons despite downward trends for the rest of the system.

END_OF_DOCUMENT_TOKEN_TO_BE_REPLACED

More Stories
Fairfax Elderly Zoning Changes Approved Despite Concerns in McLeanAll You Can Eat Pancakes, a Live Camel and More This Weekend