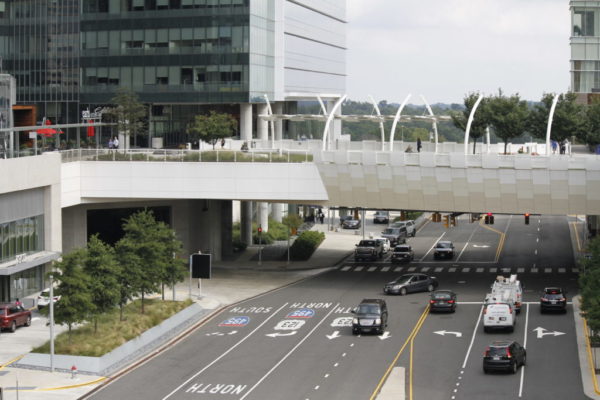 With the crush of shoppers filling parking lots and local roads, the mall and I-495 Express Lanes operator Transurban put together some suggestions for spending more time shopping and less time parking.

The best time to shop, we’re told, is before noon from Monday through Thursday, between Dec. 10-20. On Dec. 21, winter break for many local schools starts and lasts until Jan. 4, meaning even the mornings at the mall are more likely to be crowded.

The fastest suggested route into the mall is to access to eastern garage near Barnes and Noble using Westpark Drive. Shoppers are also encouraged to use the Jones Branch Connector, which partially opens this weekend.

Transurban, naturally, recommends the Express Lanes as a time-saving option.

“Shoppers driving to the mall can save time by taking the 495 Express Lanes and using Westpark Drive for direct access to Tysons Corner Center,” said Elisa Bell, a marketing director for the company.

If you want a take a car but don’t want to park, services like Uber and Lyft can get you there — just “ask your driver to enter the Center near the entrances to Rt. 7 or International Drive off Fletcher Street to avoid time in traffic around the Center,” according to the mall.

Valet parking is available for $12 near Coastal Flats outside the Bloomingdale’s. A portion of valet proceeds are also donated to the Northern Virginia Family Services. The “Front and Center” parking in Garage C, meanwhile, is closest to the mall and costs $7. Both of these parking options earn shoppers discounts at mall stores and restaurants.

For those who don’t mind a longer walk, Garage B and C are both still free.