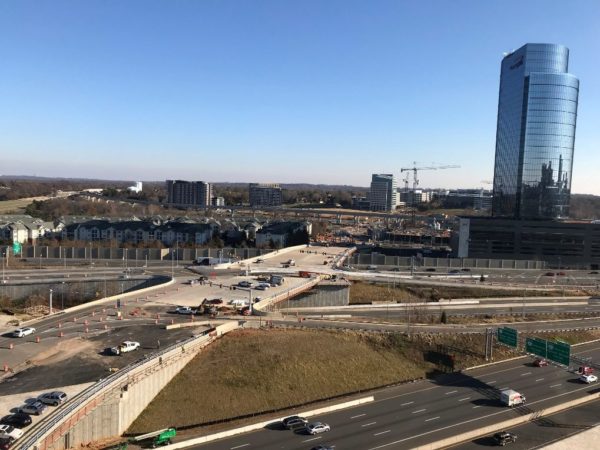 The Jones Branch Connector will be partially open, with one lane of traffic in each direction, starting next Sunday (Dec. 15). 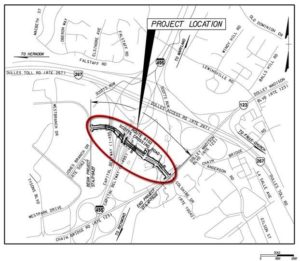 The Virginia Department of Transportation (VDOT) announced the opening today, a slight delay from the earlier opening planned for Dec. 12.

The Jones Branch Connector links Route 123 and I-495, previously only connected at a congested interchange to the south of the project.

When it’s finished, the road will feature two travel lanes and on-street bike lanes in each direction. The road will also have 8-12 foot wide lighted sidewalks and a raised median to accommodate a future Tysons Circulator bus.

Final completion on the project is scheduled for next fall. By 2040, VDOT estimates the road will carry over 32,000 vehicles per day.