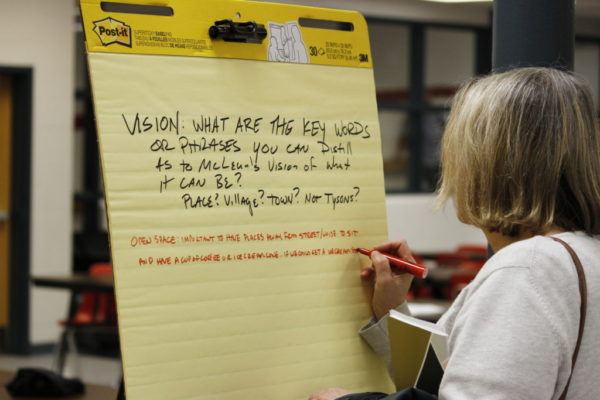 (Updated at 11:20 a.m.) McLean could be going through some significant changes, and next week is the final meeting to weigh in on those plans.

After nearly a year of collecting feedback and holding community meetings, the final vision plan meeting for the McLean Commercial Business Center (CBC) will be held on Monday, Dec. 17 from 7-9 p.m. in Longfellow Middle School (2000 Westmoreland Street).

The plan is to transform downtown McLean, the CBC, from a clump of intersections linked by gas stations to a more pedestrian friendly community destination. At earlier community meetings, ambitious comparisons were made to Maple Avenue in Vienna or Old Town in Alexandria.

At the most recent meeting, on Nov. 19, consultant Streetsense announced that the plan would recommend closing Center Street to vehicles and developing it as a pedestrian route. The plan recommends more off-street trails and on-street bike lanes be added throughout McLean, connecting the downtown area to the community center and library.

The five-way intersection at Old Dominion and Chain Bridge Road is recommended to be replaced with a roundabout. 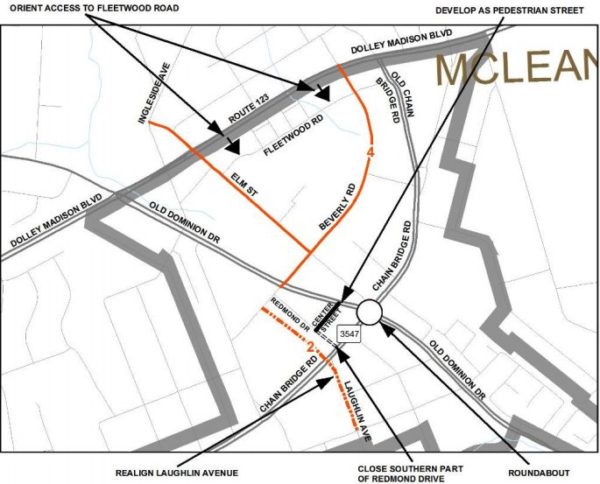 At next week’s meeting, the CBC website says Streetsense will present the compiled and analyzed community input from the open houses and the final plan for the downtown area. The next steps following the plans completion will also be discussed at the meeting. For those unable to attend the event, it will be recorded and available on the project webpage.

Most of those who spoke at the open houses said their big goal was to make the downtown area walkable. Residents said they often wind up driving from one business to the other rather than cross busy streets. Community amenities like the McLean Central Park are cut off from the rest of the downtown by the busy Dolley Madison Blvd.

The study found that the CBC is mostly ranked as a “high stress” area for bicycling. Plans for future bike improvements would relieve some of that stress for cyclists, particularly along Chain Bridge Road.