Photo via Town of Vienna/Twitter

Get ready to belt out some showtunes, because the Great White Way is getting ready to bring some razzle dazzle to Tysons.

Capital One Hall announced today (Thursday) that its upcoming inaugural season will include a trio of musicals, alongside an already unveiled slate of pop concerts and comedy shows.

“Capital One Hall is excited to bring an annual Broadway series to Fairfax County and its surrounding communities as part of our inaugural season,” Capital One Hall Executive Director Dolly Vogt said. “We are confident this region will embrace ‘Broadway in Tysons’ due to Capital One Hall’s location near major roadways and being a few steps from the McLean Metro Station on the Silver Line.”

With descriptions from the press release, the upcoming shows will include:

Inspired by the beloved film, WAITRESS tells the story of Jenna, an expert pie maker who dreams of a way out of her small town. A baking contest and the town’s new doctor may offer her a fresh start, but Jenna must summon the strength to rebuild her own life. Don’t miss this uplifting celebration of friendship, motherhood, and the magic of a well-made pie.

Tony®-winning director Bartlett Sher brings his fresh take on a beloved masterpiece to life as FIDDLER ON THE ROOF begins a North American tour direct from Broadway. A wonderful cast and a lavish orchestra tell this heartwarming story of fathers and daughters, husbands and wives, and the timeless traditions that define faith and family. To love! To life!

An Officer and a Gentleman based on the Oscar-winning film starring Richard Gere and Debra Winger, is a breathtaking production that celebrates triumph over adversity and includes one of the most iconic and romantic endings ever portrayed on screen. Featuring the Grammy Award winning, #1 hit single ‘Up Where We Belong’, and a score based on the 1980’s catalogue of music that gave voice to a generation, the live stage production is a new adaptation by multiple Tony Awards nominee Dick Scanlan (Thoroughly Modern Millie, Everyday Rapture), based on the original screenplay by Douglas Day Stewart. The musical is directed by Scanlan with choreography by Patricia Wilcox (Motown, A Night with Janis Joplin).

Capital One Hall is currently selling subscription packages to its first season, which will kick off with the country band Little Big Town on Oct. 2, but single tickets for the Broadway shows won’t go on sale until a later date.

With a 1,600-seat main theater and a 225-seat black-box theater called The Vault, Capital One Hall has been envisioned as the cornerstone of Capital One Center, the mixed-use development taking shape around Capital One’s headquarters by the Capital Beltway.

While it was primarily constructed as meeting space for Capital One employees, Capital One Hall promises to bring a mix of big-name and more community-based artists to Tysons. It has partnered with ArtsFairfax to provide space for local perfoming arts organizations and will host the agency’s 2021 Arts Awards luncheon in its 500-seat Atrium on Oct. 15.

Since opening its new headquarters in 2018, Capital One has been steadily building out the 24-acre campus surrounding the tower, starting with an 80,000 square-foot Wegmans that opened in November.

The Perch, an outdoor park on top of Capital One Hall with a dog park and a beer garden, will open in August, and the 25-floor, 300-suite The Watermark Hotel is scheduled to open on Sept. 21, Capital One Center told Tysons Reporter in June. 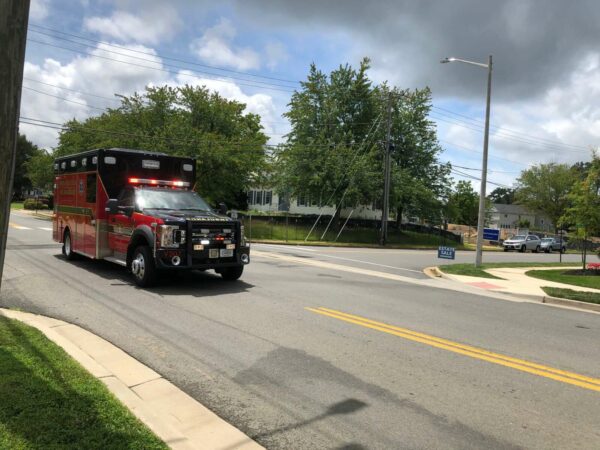 Metro Starts Testing New Faregates — As of Friday (June 25), Metro has installed new faregates at six rail stations, including the ones at Dunn Loring and West Falls Church, as part of a one-month pilot that will eventually see more than 1,200 gates replaced systemwide. The new faregates have “enhanced safety features, larger displays, and faster processing that will make passing through the gates quicker and easier.” [WMATA]

Telecom Company Settles Kickback Lawsuit — Level 3 Communications, a telecommunications and Internet service provider company with offices worldwide, including one in McLean, will pay a $12.7 million settlement in a civil lawsuit alleging that its managers accepted kickbacks to direct government contracts to specific contractors. [Patch]

Madison Wins Baseball State Championship — James Madison High School’s baseball team won the fifth state title in school history, the most for any Northern Virginia school, on Saturday (June 26) behind a dominant performance by senior James Triantos, who pitched a complete game with 12 strikeouts and gave up just one hit and one earned run to the Colgan Sharks. [WDVM]

Vienna Seeks Playwrights for Festival — “The Town of Vienna is calling all Actors and Playwrights ages 16+ in the DMV! The Vienna Playwriting Festival is looking for 6 actors and 6 short plays. Please email [email protected] for details. Submission deadline is June 30.” [Town of Vienna/Twitter]

(Updated at 12:15 p.m.) The Weekly Planner is a roundup of interesting events coming up over the next week in the Tysons area. 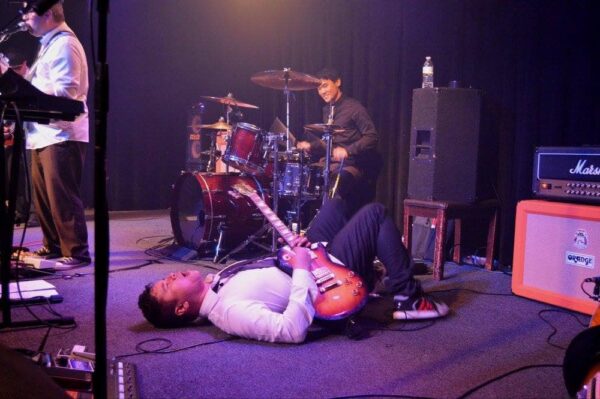 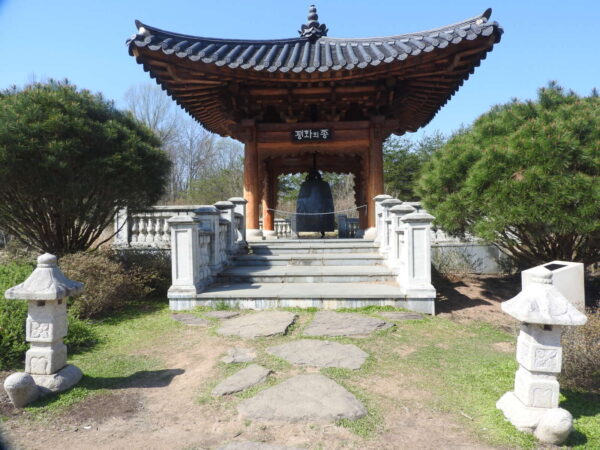 Fairfax County Implements New COVID-19 Call Center — The health department says the new center will enable the county to “better meet the needs of our residents during the upcoming transition to Phase 2 and beyond.” Wait times may be prolonged this week as the department resolves issues with the new system and trains more call agents. [Fairfax County Health Department]

Virginia Investigates Johnson & Johnson Vaccine Death — Health officials stated yesterday that one of the six U.S. cases of a person developing blood clots after receiving the J&J COVID-19 vaccine appears to involve a Virginia resident who died in mid-March. Use of the vaccine has been paused throughout the country as the cases are under review. [Patch]

“Hamilton” Returning to the Kennedy Center — “The Kennedy Center announced on Tuesday its theater lineup for the upcoming season, which will include performances of Hamilton, Jersey Boys, and Aaron Sorkin’s adaptation of To Kill A Mockingbird. Theater curtains will first raise on October 13 for a staging of Tony-winner Hadestown, a return to live theater that may cause musical buffs to break out into a chorus line.” [Washingtonian]

Vienna Coffee Shop Donates Beans to Food Bank — “Donating bags of our coffee beans to @foodforothers! Here at Caffe Amouri, we believe in giving back to our community that shows up for us every day. Thank you @foodforothers for letting us be apart of your mission” [Caffe Amouri/Twitter] 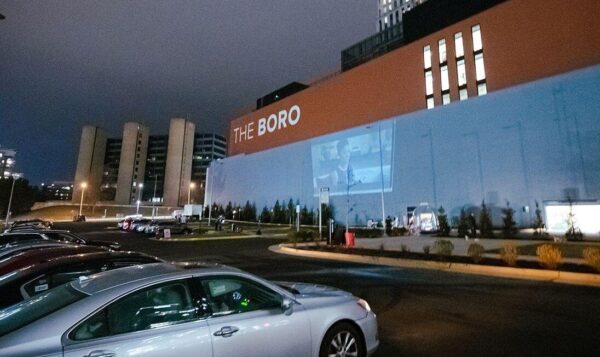 (Updated at 4:45 p.m.) The Weekly Planner is a roundup of interesting events coming up over the next week in the Tysons area. 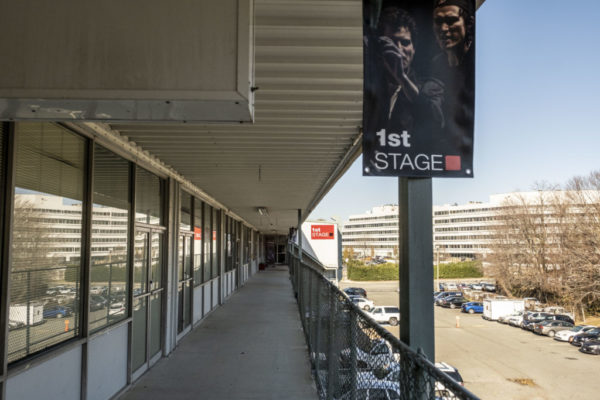 The show will not go on for the theatrical performances that 1st Stage Theatre had planned for the remainder of its 2020-2021 season — at least not in the form they were originally conceived.

The Tysons-based theater company announced this afternoon (Thursday) that it will not move forward with productions of “The Waverly Gallery,” “The Nance,” and “Mlima’s Tale” as planned “due to the ongoing health crisis.”

“While we were holding out a sliver of hope that the new vaccines might give us a chance to move forward as planned, it is clear that there simply won’t be a safe option,” 1st Stage said in an emailed newsletter.

In lieu of the anticipated in-person performance, the company will instead present a virtual, live reading of “The Waverly Gallery” performed by the original 1st Stage cast. A finalist for the 2001 Pulitzer Prize in Drama, “The Waverly Gallery” is a memory play written by playwright and film director Kenneth Lonergan that follows the concluding years of a grandmother’s struggle with Alzheimer’s disease.

1st Stage will hold the live reading via Zoom on Mar. 20 at 2 p.m. Tickets cost $5 and can be purchased through the organization’s website.

The theater company does not indicate whether there are any plans to do similar live readings of “The Nance” by Douglas Carter Beane or “Mlima’s Tale” by Lynn Nottage, but it says it is working on getting the necessary permissions to move its fourth annual Logan Festival of Solo Performance up to this spring with outdoor performances.

The scrapped productions had originally been scheduled for 2020 as part of 1st Stage’s 13th season, but the theater decided in July to delay the season to this year so that it could focus on virtual offerings during the COVID-19 pandemic.

That pivot will continue with a newly announced slate of online classes, including an introductory “Drama Games” course and two improvisation courses, one aimed at adults and the other at middle and high school students. Registration for the classes is now open with a deadline of Mar. 11.

Winter Weather Advisory in Effect Until 10 A.M. — The D.C. area could experience light freezing rain and ice accumulations up to an inch this morning. Travelers should expect slippery road conditions, slow down, and use caution. [National Weather Service]

Fairfax County Police Chief Retires — Edwin C. Roessler officially retires today after leading the Fairfax County Police Department for eight years. He oversaw key reforms, such as the creation of a civilian review board and the introduction of body-worn cameras, but some officers reported “a disconnect” with department leaders on issues like discipline, compensation, communications and promotions. Deputy County Executive for Public Safety Dave Rohrer is now serving as interim chief as a search for a permanent successor continues. [The Washington Post]

Falls Church Nonprofit Theater Gets Permanent Home — “After a tumultuous six-year journey, Creative Cauldron will have a new home, thanks to the hard work and tenacity of Insight Property Group and the City to bring the best possible project to the Broad and Washington Crossroads.” [Falls Church News-Press]

McLean Art Teacher Finds Success with Zoom Classes — “[Pamela] Saunders, a mom of two who has taught in McLean since 2004, typically teaches classes at Brooksfield School, Chesterbrook Elementary, Franklin Sherman Elementary and Kent Gardens Elementary. But once the pandemic hit, she moved from the classroom to Zoom so students could continue art lessons while staying home.” [Patch]