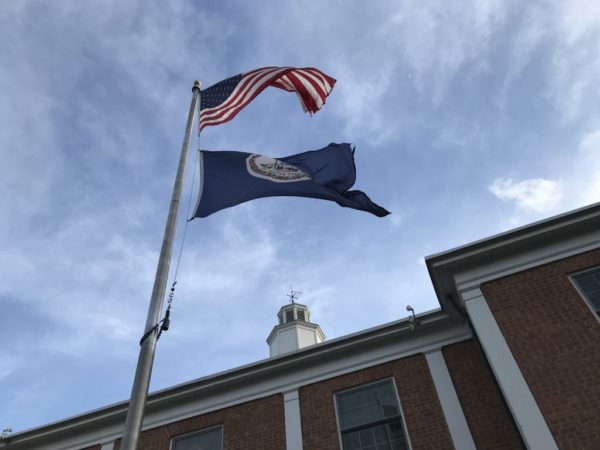 The Town of Vienna announced the events schedule for its inaugural Liberty Amendments Month last Thursday (June 3). The municipality officially adopted the new celebration in December.

Also supported by the Virginia General Assembly, Liberty Amendments Month celebrates the 13th, 14th, 15th, and 19th amendments, which collectively abolished slavery, granted citizenship to anyone born or naturalized in the U.S., and extended voting rights to all citizens regardless of race or gender.

With each week bringing activities centered on a particular amendment, programming ranges from themed restaurant specials to art exhibits, films, shows, classes, walks, and other activities.

A full schedule can be found on the Town of Vienna’s website, but here is an overview of the month’s signature events:

Marking the anniversary of when the last enslaved people in the U.S. learned about the Emancipation Proclamation, a Juneteenth Celebration will be held at the First Baptist Church of Vienna (450 Orchard St. NW) from 11 a.m. to 3 p.m. on Saturday, June 19.

Following a ceremony at 11 a.m., the kickoff will feature live music, kids’ performers, a book giveaway for kids, and vendors with an emphasis on Black-owned businesses, including crafts, civic organizations, and food trucks. The event will stream live on the town and church’s social media.

The First Baptist Church will also hold a COVID-19 vaccination clinic during the event.

Vienna’s celebration of the 14th Amendment, which granted U.S. citizenship to anyone born or naturalized in the country, will kick off on June 26 with a discussion of the Loving v. Virginia Supreme Court case at the Vienna Community Center (120 Cherry St. NE).

Scheduled to go from 1-3 p.m., the event will stream live online via Facebook and YouTube. Philip Hirschkop — one of the attorneys who represented Mildred and Richard Loving in the monumental 1967 decision that invalidated Virginia’s ban on interracial marriages — will be part of a Q&A, and community members directly affected by the case will give first-person testimonials.

The 15th Amendment kickoff celebration will take the form of a Justice for All Concert and Festival at the Vienna Town Green (144 Maple Ave. E) from 6 p.m. to 8 p.m. on July 3.

Highlighting the amendment that prohibited the denial of voting rights based on race, community musicians will perform songs with a theme of justice. The event will also feature food vendors, civic organizations, voter registration, and more.

The celebration of the 19th Amendment, which extended voting rights to women, will begin at 2 p.m. on July 10 at the Vienna Community Center.

Cheryl Johnson, clerk of the U.S. House of Representatives, will deliver a speech live online via Facebook and YouTube titled “But for the 19th Amendment.” Her speech will be followed by a question-and-answer session, and a performance of the reader’s theater play “Failure Is Impossible” by the American Association of University Women.

Liberty Amendments Month will close on July 17 with a Multicultural Festival that will take place from 2-7 p.m. at Church Street and the Vienna Town Green, featuring performers, interactive activities, crafts, and food as well as vendors celebrating diverse cultures and communities across the region.

Town offices will be closed on July 19 for Liberty Amendments Day.

Safety crews investigate after the partial collapse and demolition of a Surfside, Florida, high-rise (via NIST) Following the collapse of a 40-year-old high-rise in Surfside, Fla., officials in Fairfax County…