Happy Halloween! Local pups around Tysons are wearing some adorable costumes to get into the spooky spirit. 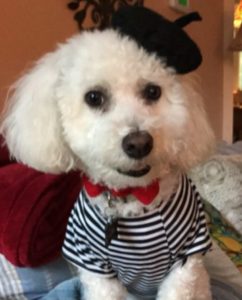 After soliciting photos of pets in Halloween costumes earlier this week, Tysons Reporter received a ton of submissions, so we’re publishing some today (Oct. 31) and also on Friday.

Several dog parents sent in pictures of their pups rooting for the Nationals — who just won the World Series — and readying to fight crime in Gotham City.

Check out the gallery above and come back tomorrow for more photos on our website and Instagram.

Have a photo you want to submit? We’re still taking submissions. Tag or direct message us on social media (Facebook, Twitter, Instagram) or email [email protected]. 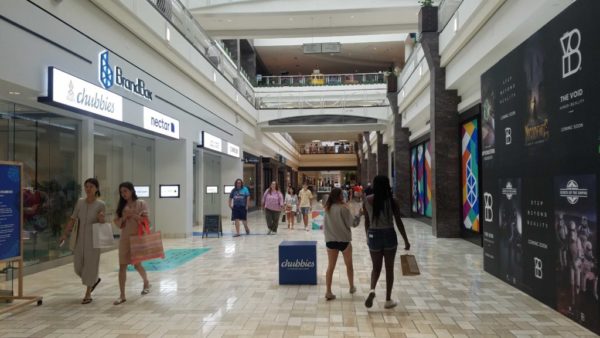 This Saturday, there will be a puppy party at Tysons Corner Center.

Attendees will get to play with puppies from two different litters. Wolf Trap Animal Rescue (WTAR) will host the event in coordination with BrandBox on Saturday, Aug. 10, from noon-3 p.m.

“Come by and meet some of the adorable faces that have been rescued, hear their story, and you’ll be sure to get quite a few licks in exchange,” a WTAR press release said.

The event will take place in BrandBox’s community lounge on the first level of Tysons Corner Center. Admission is $5 and will act as a donation to WTAR.

WTAR helps to find reliable and safe homes for shelter animals in the Northern Virginia region.

The puppies at this event will be available for adoption at WTAR’s “Clear the Shelters” event on Saturday, Aug. 17.

“This nationwide event has assisted in finding homes for more than 250,000 pets since 2015,” the press release said.

Though they don’t have set locations or opening dates yet, Vice President of Marketing Renee Ventrice said that once the company finds owners to run the franchises, locations are usually open for business within six months.

When the new locations finally open, Ventrice said that it will bring new jobs to the area as well. The company chose the three areas for expansion because they recognized an increased need for reliable pet care services. With a working median-income population, the locations fit their target market.

As a previous startup, the venture began in Ashburn under owners Amy Reed and Leslie Barron. Woofie’s slowly transformed their business into the multi-market company it is today. The company offers customers grooming, pet-sitting and walking services catering to many species of animals with varying dispositions.

“Our focus on mobile services ensures a relatively low barrier to entry when compared to other pet care franchise systems,” said Ventrice.

At their established location in Ashburn, they currently employ around 60-80 dog-walkers, 11 groomers, four to five full-time administrative employees, and other part-time seasonal employees.

For people looking into franchise opportunities, Ventrice said the company is seeking driven individuals who are passionate about pets and have a strong work ethic. Franchisees with Woofie’s have the flexibility to work with the company on important decisions. They are also guaranteed a protected territory so they don’t have to worry about competition with other locations.

Anyone interested in opening a franchise with the company can visit their website for more information or email [email protected].

The City Council approved adding the five animals to its list of allowed pets on Monday (June 24) — about five months after Fairfax County legalized pet hedgehogs, chinchillas and hermit crabs.

After a robust discussion last week — focused mainly around hedgehogs — about health and safety concerns, several of the councilmembers, including two who admitted to owning hermit crabs illegally, expressed support for the change.

Hedgehogs are nocturnal animals that require space, exercise and room temperatures above 70 degrees Fahrenheit to ensure they do not start hibernating, according to the Hedgehog Welfare Society. Along with cats, dogs, frogs, hamsters and many other animals, hedgehogs can spread salmonella, according to the Center for Disease Control and Prevention.

Before voting on Monday night, Mayor David Tarter and several councilmembers praised student activist Isabel D., a junior at George Mason High School, for her civic engagement and efforts pushing for the city to legalize hedgehogs as pets.

The motion passed 5-2, with the mayor and Councilmember Dan Sze voting no.

Photo by Hans-Olof Andersson on Unsplash

Chinchillas, hedgehogs, turtles, hermit crabs and tortoises are one step closer to legalized pet status in the City of Falls Church.

The city is considering adding the animals to the list of allowed pets about five months after Fairfax County legalized pet hedgehogs, chinchillas and hermit crabs.

Hedgehogs are nocturnal animals that require space, exercise and room temperatures above 70 degrees Fahrenheit to ensure they do not start hibernating, according to the Hedgehog Welfare Society. Along with cats, dogs, frogs, hamsters and many other animals, hedgehogs can spread salmonella, according to the Center for Disease Control and Prevention.

While Arlington County decided in 2017 to allow chinchillas and hedgehogs, hermit crabs are still illegal there.

Isabel D., a junior at George Mason High School and one of several students to testify in support of legalizing the animals, told the City Council that Arlington and Fairfax counties went through an extensive review process before deciding to allow more exotic animals as pets.

“I think you already know that many of our residents have these pets currently,” she said. “That is not because people want to disobey the law. It is because, unless they actually read the city code, they would have no way of suspecting that a pet like a turtle or a hedgehog or hermit crab would be outlawed in our city. They are cute and just as harmless as the pets that are allowed.”

While Duncan said that his current ownership of two hermit crabs is a conflict of interest, he said that residents might have anxiety about bringing illegal pets to the vet, possibly jeopardizing the health of the pet and human.

“The city attorney said I can vote on this because I have no financial interest, I’m not a trader,” Duncan said. In response to the audience laughing, he added, “I’m serious about this. This is the kind of stuff you stay up at night worrying about. This can and will be used against you in a campaign, I can tell you.”

Meanwhile, Litkenhous said, “I didn’t know you can’t have hermit crabs. We’ve probably violated that law three to four times over at my house.”

While sharing why he is “fully in support of this resolution,” Litkenhous tackled concerns about health and safety often surrounding the hedgehog pet debate.

“I have birthed live cows with my bare hands before, and I can tell you I have never once in my life ever gotten sick or known anyone who has gotten sick by handling these types of animals,” he said.

In response to concerns that exotic animals legalized as pets face more monetization and abuse, Litkenhous said all kinds of animals are at some type of risk.

Ultimately, he argued that animals shouldn’t be banned as pets for good owners who would treat them humanely.

“The existing law allows the keeping of rats, but [not] hedgehogs and chinchillas — really?” Snyder questioned. While Rebecca Keenan, the animal warden for the city’s police department, responded that rats are allowed since snake owners often feed them live rats, Snyder said that “a lot” of residents want the City Council to legalize the exotic animals as pets.

END_OF_DOCUMENT_TOKEN_TO_BE_REPLACED 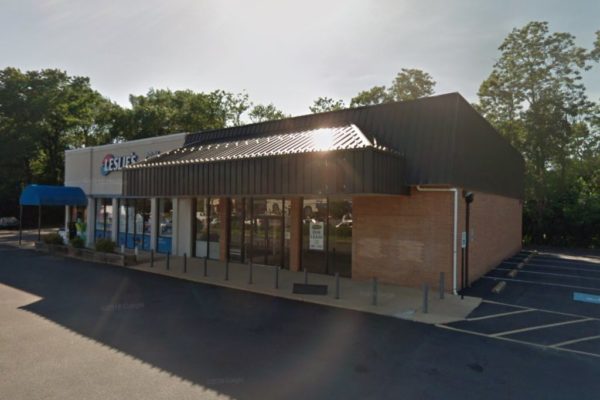 Furry four-legged friends in the Town of Vienna may get a new animal hospital.

Banfield Pet Hospital, a preventative health care provider for pets with more than 1,000 locations across the country, wants to bring its services to 414 E. Maple Avenue.

“The hospital will primarily service the surrounding community,” according to the staff report.

Built in 1967, the building has two tenant spaces — one space is home to Leslie’s Pool Supplies, while the other one is the vacant spot Banfield wants.

Banfield plans to provide a range of services, according to its application, including:

The animal hospital would operate between 7 a.m.-7 p.m. seven days a week. It would not allow pets to stay overnight or provide long-term boarding.

As part of the application, the animal hospital wants to install a 4-foot-tall chain link fence to help prevent trash and debris from entering a nearby creek and create a waste pick-up bag station on the grassy area to the side of the building.

Commissioner Sharon Baum raised a concern about dog urine running into the creek. Commissioner Mary McCullough responded by saying that Banfield’s proposed fence and waste area would encourage dog walkers and owners to keep their pets’ waste in a confined area away from the creek.

“Staff believes that the applicant is proposing appropriate mitigation strategies for any potential impacts from the business,” according to the staff report. “The installation of the chain link fence along the rear property line will further mitigate impacts to the abutting creek.”

The Planning Commission voted in favor of the animal hospital. The application now moves onto the Board of Zoning Appeals, which will consider the conditional use permit. 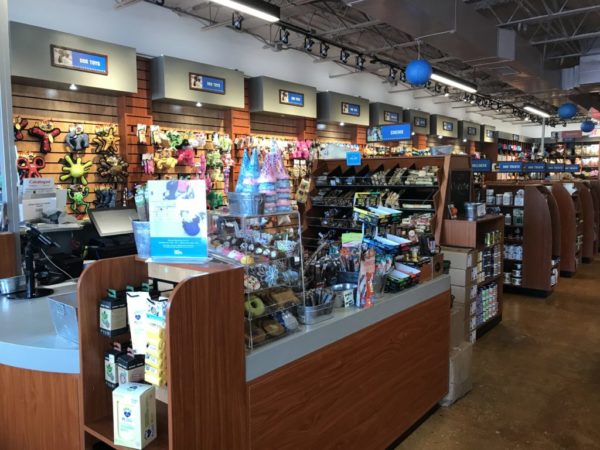 A pet store chain recently opened its doors in the Mosaic District.

The Mosaic District pet store held a grand opening on Saturday (May 4), but with a new name. Recently, Kriser’s East Coast stores rebranded as “Loyal Companion.”

Other nearby locations are in Vienna at 144 Maple Avenue W. and in Tysons at 7505 Leesburg Pike inside the Whole Foods shopping center.

An animal hospital and furniture store are coming to a building in Merrifield between the Dunn Loring Metro station and the Mosaic District.

A building permit says that 8300 Merrifield Avenue, Suite C is getting an interior alteration for the Dunn Loring Animal Hospital.

A sign on a door facing Merrifield Avenue says that the Mina Design Gallery will have a “grand re-opening coming soon” after trading in its Vienna location for the new Merrifield spot. A moving truck by the door said Mina’s former location at 8590 Leesburg Pike was “Closing our doors forever. Everything must go!!!”

The Merrifield furniture gallery is open by appointment open until May 5, according to Mina’s website.

Built in the 1970s, the building housed Columbia College, which offers English as a Second Language program, and Rice Bar Factory. The building recently had work done to remove asbestos, according to a different permit. 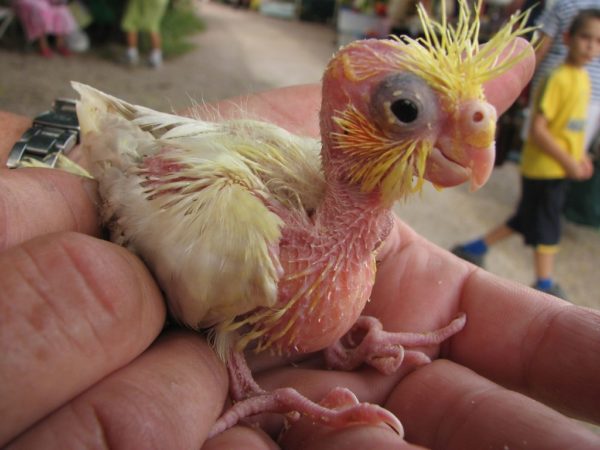 Police say on March 30 the theft of a young green Indian ring-neck — a type of parakeet — was reported at the store. The bird had an estimated value of over $700.

Then, two days later on April 1, an employee at the store said the woman they suspected had stolen the first bird was seen returning to the store. When a manager confronted her, the employee said she ran out of the store holding two birds.

The employee said the manager chased the woman down the street. An older bird was able to get free and was captured, but the employee said she managed to hold onto a young grey cockatoo. Police said the estimated value of the bird was $250.

A video showed the woman in the store, but police said it had no identifying information. The store employee said a bird had only been stolen from the store — which has been in business since 1989 — once before.

“It’s a terrible thing,” the employee said. “They’re young and she probably doesn’t know how to care for them.”

Photo of a baby cockatoo via Flickr/Rob and Stephanie Levy

Sandwiched between Sweetgreen and Nordine Salon and Day Spa, the store will include a grooming area at 2905 District Ave, Suite 180.

Kriser’s offers a variety of food types and supplies available for cats and dogs, along with daycare, grooming and training services.

An employee at Kriser’s told Tysons Reporter that the soft opening is slated for April 13, followed by a grand opening on May 4 for the store.

Locals may have spotted the other nearby locations in Vienna at 144 Maple Ave W. and in Tysons at 7505 Leesburg Pike inside the Whole Foods shopping center.

“Turns out corgis are adorable but make terrible employees,” a sign on the storefront says.