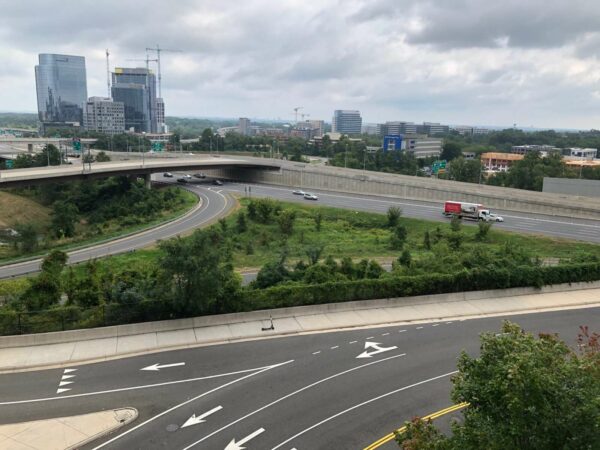 County to Use Mobile COVID-19 Testing Lab — “The Fairfax County Health Department is deploying its mobile laboratory to provide COVID-19 testing in several locations starting Tuesday, Sept. 21. These mobile testing opportunities are for individuals who are experiencing symptoms of COVID-19 or who may have been exposed to COVID-19.” [FCHD]

Tysons Corner Nordstrom Robbed — A man entered the Nordstrom in Tysons Corner Center (8075 Tyson Corner Center) at 5:22 p.m. on Sept. 11 and took merchandise while assaulting an employee. Three days later, the store was robbed again at 11:17 a.m. by a man who took merchandise and implied he had a weapon as he exited the store. No injuries were reported in either incident. [FCPD]

See New Scotts Run Fire Station — Fairfax County leaders celebrated the opening of the new Scotts Run Fire Station 44 at 1766 Old Meadow Lane with a ribbon-cutting ceremony on Saturday (Sept. 18). Community members can get a glimpse inside the station, which became operational on Aug. 14, with a virtual tour led by Fairfax County Fire and Rescue Department Lt. Payne. [FCFRD/YouTube]

Police Officers Recognized at Cultural Festival — “Yesterday, our officers participated in the Korean American Festival, KORUS, at Tysons Corner Center. Several of our Korean American officers were recognized for their contributions to our community.” [FCPD/Twitter]

School Boundary Policy Meeting Tonight — Consultants hired by Fairfax County Public Schools will share information about their review of the district’s boundary policy at a virtual public meeting at 7 p.m. today (Monday). Requested by the school board in 2019, the review focuses on what factors should be considered when making boundary changes, rather than the boundaries for specific schools. Register online to get the meeting link. [Dranesville District School Board Member Elaine Tholen]

After taking last year off due to the COVID-19 pandemic, the KORUS Festival will return to Tysons Corner Center this weekend with an expanded scope that is expected to include acknowledgements of local first responders and the nationwide rise in hate crimes, particularly those against Asian people.

Now in its 18th year, the KORUS Festival is put on annually by the Korean American Association of Greater Washington (KAGW) as a celebration of the local Korean American community. Organizers say it’s the largest cultural festival by a single ethnic group in the D.C. region.

The free festival will feature food and retail vendors, games, a beer garden, a kids’ zone, and live performances, including taekwondo demonstrations and musicians ranging in genre from K-pop to Caribbean jazz.

Anna Ko, the festival’s stage and performances director, says COVID-19 health protocols will include temperature checks and a mask requirement for people who aren’t fully vaccinated.

“We are providing hand sanitizers, masks, first aid stations as well as a mandatory temperature check for all attendees,” Ko said. “The safety and the health of the public will be of top priority. If you are not vaccinated, please wear masks at all time.”

While KAGW remains the main organizer, the association decided to broaden the festival’s focus this year by partnering with community nonprofits, including Celebrate Fairfax and the Asian American Chamber of Commerce.

Ko says the event will also serve as a platform to show appreciation for first responders involved in Fairfax County’s pandemic response and to raise awareness about the need to combat anti-Asian hate crimes.

“KORUS is the ONLY event at this capacity by an ethnic group, Korean Americans,” KAGW President Steve Lee wrote in an email. “We have opened the door to ALL diversity to get to know each other and others better to fight against Asian hate and any hate issues.”

According to Ko, county officials plan to award COVID-19 first responder teams on stage when they’re scheduled to appear at 5 p.m. on Saturday. State legislators will be present as well.

Fairfax County Board of Supervisors Chairman Jeff McKay has been invited to present the recognition, according to Providence District Supervisor Dalia Palchik, whose district includes Tysons.

The KORUS Festival’s prominence reflects the increased visibility of the D.C. region’s Asian American communities, which have grown over the past couple of decades.

Released in August, demographic data from the 2020 Census showed that Asian residents now make up 20.3% of Fairfax County’s total population — up from 17.4% in 2010 and 13.1% in 2000 — contributing to the county’s new status as a majority-minority county.

However, the county has not been immune from the uptick in discrimination against Asians that has been seen across the U.S. during the pandemic, as illustrated in March when a student reported being harassed with anti-Asian slurs at Longfellow Middle School in McLean.

Bias crime and incident reports have increased in each of the past three years, according to the Fairfax County Police Department. The clear majority of cases have involved anti-Black discrimination, but the number of anti-Asian incidents went from six in 2019 to nine in 2020.

According to FBI data released on Aug. 30, the U.S. hit a 12-year high in the number of reported hate crimes in 2020, driven in particular by increased attacks against Black and Asian individuals.

“Hate crime is an issue in many places of our United States,” Ko said by email. “We are trying to change it in our area through this multi-cultural event, so we all can be united as one America and better America.”