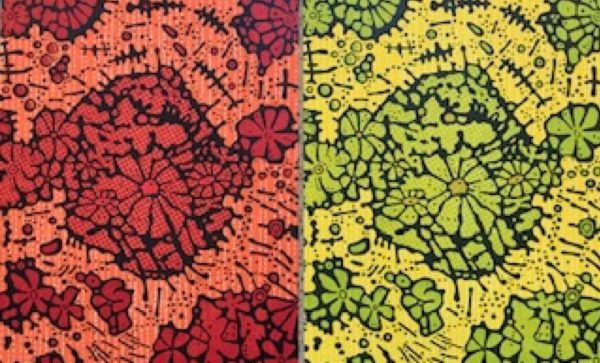 The McLean Project for the Arts will unveil its latest exhibition on Thursday (Dec. 5).

The latest set of art will feature Eve Stockton with “Origin Stories” in the Emerson Gallery and “Replay and Reshuffle” by Kyujin Lee in the Atrium Gallery, which are both located at the McLean Community Center.

The works will be available for public viewing beginning Thursday at a reception from 6:30-8:30 p.m. in the McLean Community Center (1234 Ingleside Avenue). Attendees may RSVP if they wish to attend the opening event.

Born in Ohio and now an Alexandria resident, Stockton is known for her wooden prints and stone sculptures, while Lee chooses paint as a primary medium, according to the events page. 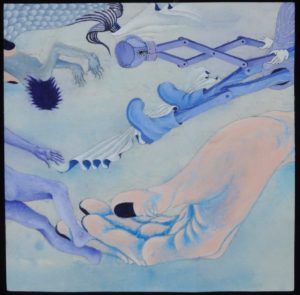 “Her prints are nature/science-based and have been exhibited at the National Academy of Science,” according to her website.

Lee was born in South Korea and is now based in D.C. Lee’s works have been displayed across the country, according to the artist’s website.

“Lee draws on the world of fairy tale to compose paintings exploring dreams, identity and personal transformation,” according to a press release from MPA.

Admission to the gallery is free, and the works will be on display until Feb. 29, 2020. 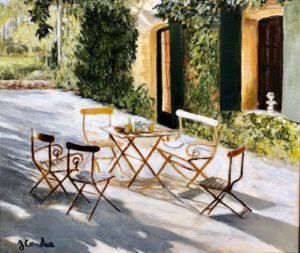 With summer nearing an end and days getting shorter, a new art exhibit in Vienna is focusing on shadows.

Lu Cousins, the director of the Vienna Arts Society, told Tysons Reporter that the exhibit will run through October.

Artist Bob Magneson is set to come to a meeting next Thursday (Sept. 12) to demonstrate his application techniques for Impressionistic and post-Impressionistic paintings.

Events at the center are free and open to the public.

Updated 11 a.m. — The lavish McLean home where much of Alexi Balmasov’s art is currently on display is a pretty far cry from the Siberian village it came from. But there’s a fairytale-like quality to both the cottage home a stone’s throw from downtown McLean and the pastoral scenes of Russia inside.

Local art seller Ruzanna Danielian is inviting the public to her home at 1178 Randolph Road for a gallery exhibition on Sunday, June 23 from 1-7 p.m. Drinks will be provided and Danielian said the public is invited to meet interesting people and enjoy good artwork.

“This is a passion for me,” said Danielian. “I choose [to display] what I fall in love with.”

Danielian said she got into the gallery scene by choosing art to display between books at a store she managed in Moscow. While Danielian said at first it was just art to fill in the gaps, she said customers began to take more and more notice of the artwork and soon curating artwork became her career.

In McLean, Danielian said she got started hosting galleries when she put some on display for a friend, but now Danielian says she makes it her mission to find lesser known artists from places and cultures people in the area may not be familiar.

Inside her McLean home, the walls are covered in a carefully curated selection of art from Balmasov, from still-lifes around the kitchen to scenes from rural Siberia along the hallway. It’s a selection Danielian said took her a year of traveling and careful selection to put together.

Danielian said what drew her to Balmasov’s artwork was the unique approach to layers. Oils, acrylics and other paints are all mixed one on top of the other in a single eight or 10-hour session, giving the pieces a unique sense of depth. The styles range from more surreal and impressionistic to realism.

The prices range from $300 pieces sold without frames to larger ones just under $2,000.