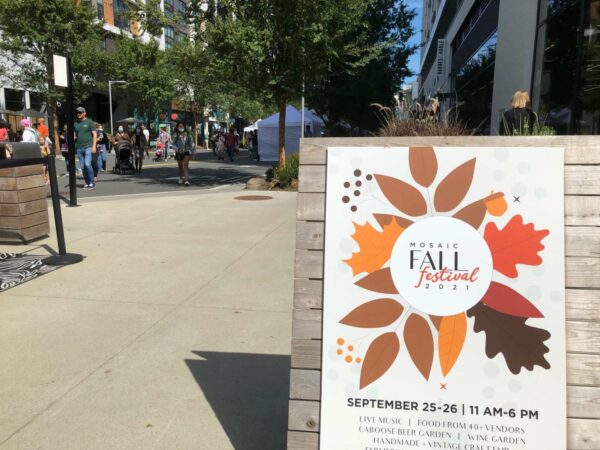 Plea Deal in Sexual Assault Case Rejected — A Fairfax County Circuit Court judge rejected a plea deal that would’ve sentenced a man accused of repeatedly sexually assaulting a girl to three years in prison, stating that it did not “remotely reflect the magnitude of the defendant’s misconduct.” Prosecutors said they offered the deal because they feared a trial might end in acquittal due to issues with the Herndon police investigation. [The Washington Post]

Bias Incident Reported Near Mosaic District — “8300 block of Lee Highway, 9/19/21, 1:55 a.m. After a traffic altercation, the victim was approached by an unknown male who spat in his face and made derogatory statements regarding his race.” [FCPD]

Tractor Stolen from Vienna Softball League Shed — According to the Vienna Police Department’s most recent weekly report, a Town of Vienna Parks and Recreation employee reported that, around 1:41 p.m. on Wednesday (Sept. 22), someone broke into a shed that the Vienna Girls Softball League owns in Southside Park (1317 Ross Drive SW). A league representative responded to the report and said that a tractor had been stolen from the shed. [Vienna Police]

Scotts Run Fire Station Is Important Step for Tysons — Fire Station 44 “will be an important piece of the public-safety puzzle as the county continues its long-term transformation of Tysons from a suburban office center to an ‘urban lifestyle’ community,” Fairfax County Board of Supervisors Chairman Jeff McKay said at the grand opening ceremony on Sept. 18. The station, which is in Tysons East, will eventually be complemented by Station 29 on the western side of Tysons. [Sun Gazette/Inside NoVA]

Vienna Oktoberfest Still Looking for Volunteers — The Vienna Business Association and the Town of Vienna are still seeking volunteers to assist with the 13th Vienna Oktoberfest on Saturday (Oct. 2). The festival is in need of people 21 and older to serve as ID checkers and beer garden ticket sellers. Interested volunteers can sign up online for two-hour shifts, though anyone who volunteers for five hours or longer will get a meal voucher. [VBA]

Read more →
More Stories
Here are the top Tysons Reporter stories of the weekD.C. favorite Italian deli is planning an expansion to Tysons