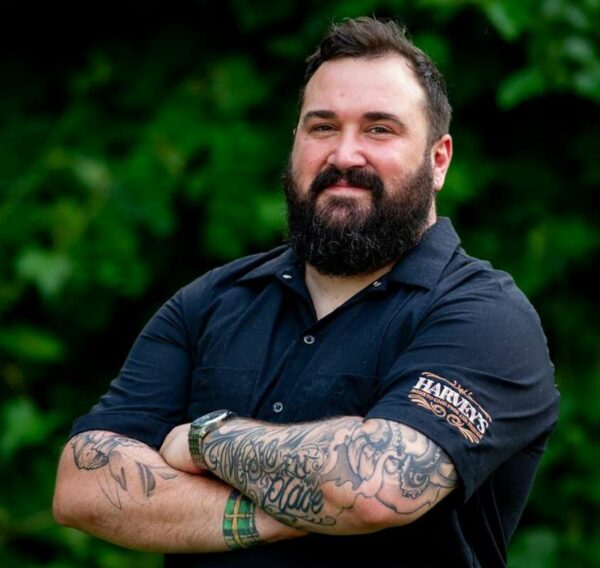 After years of working as a chef in restaurants throughout the region, Thomas Harvey will launch his own restaurant in downtown Falls Church later this year.

The eponymous Harvey’s is slated to open in early September at 513 W Broad Street. Harvey is an Alexandrian, but he says in a press release that Falls Church was the ideal spot for his latest venture.

Harvey was most recently executive chef of Tuskie’s Restaurant Group of Virginia and oversaw operations at local restaurants like Fireworks American Pizzeria and Bar in Arlington.

“Chef Harvey’s goal for his new 2,600-square-foot counter service restaurant is that it will become the neighborhood’s local spot,” the press release said. “…Harvey’s will serve true American cuisine in the sense that it will encompass multiple different cultural dishes, from sandwiches to house-made pasta dishes, and banana splits to Russian pastries. Locally sourced seasonal ingredients will drive the menu.”

The restaurant will serve daily breakfast, lunch, dinner, and weekend brunch in a 48-seat main dining room, a 12-seat beer and wine bar, and an outdoor patio with 70 seats, according to the announcement.

Breakfasts, like croissants, buscuits, or scrambled eggs and sausage are expected to be between $7 to $12. Sandwiches at $12 to $18, entrees at $13 to $28 and desserts from $8 to $12. Among the deserts spotlit in the press release are Russian Honey Cake, along with the classic eclairs and tiramisu.

The restaurant will also have vegetarian options, like the Beyond Burger substitute.

The press release noted that Harvey’s will have beer and wine options as well, with beer selected primarily from local breweries.

According to the press release, the restaurant will also be supplemented by a retail market showcasing signature items from its pantry, along with prepared foods packaged for grab-and-go customers. The market will be open seven days a week with the same hours as the restaurant.