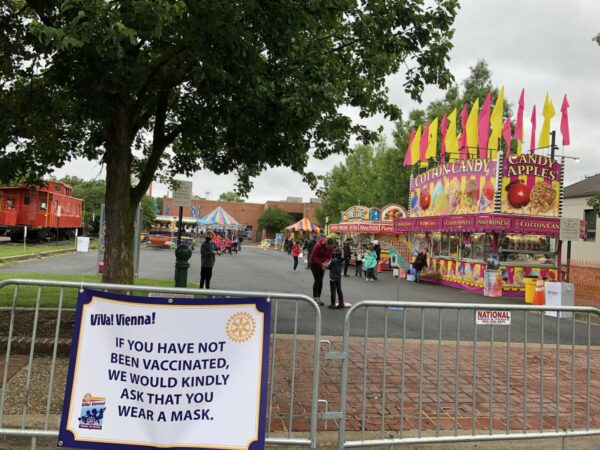 Man Dies in Great Falls Car Crash — A man identified as Salvadro Alvarez Perez, 24, of Maryland died Saturday night (May 29) after hitting a fence and mailbox and flipping over in a crash that occurred at 10:53 p.m. near the intersection of Georgetown Pike and Old Dominion Drive. Detectives believe alcohol may be a factor in the crash but are continuing to investigate whether speed was a factor as well. [FCPD]

Linway Terrace Closed for Stormwater Pipe Replacement — Starting at 8 a.m. today, Linway Terrace between Birch Road and Kirby Road (Route 695) in McLean will be closed to through traffic, weather permitting, until 5 p.m. on June 11 to replace a stormwater pipe. Except for people who need to access properties along Linway Terrace, traffic will not be able to go beyond just west of Bryan Branch Road in either direction. [VDOT]

Idylwood House Fire Caused by Lightning Strike — A house fire that occurred in the 7700 block of Virginia Lane at approximately 8:40 p.m. last Wednesday (May 26) was caused by a lightning strike that hit the home’s exterior. There were no injuries, but the fire displaced two people and produced approximately $42,500 in damages. It was one of two house fires ignited by lightning that night. [Fairfax County Fire and Rescue]

I-66 Lane Closures Coming to Vienna Area — “Overnight lane closures and traffic stoppages on I-66 East and West approaching Vaden Drive in Vienna are scheduled to occur Tuesday, June 1, through Saturday, June 5, for installation of beams for the new Express Lanes access ramps at Vaden Drive…Drivers should expect delays if traveling in this area and should consider using alternate routes.” [VDOT]