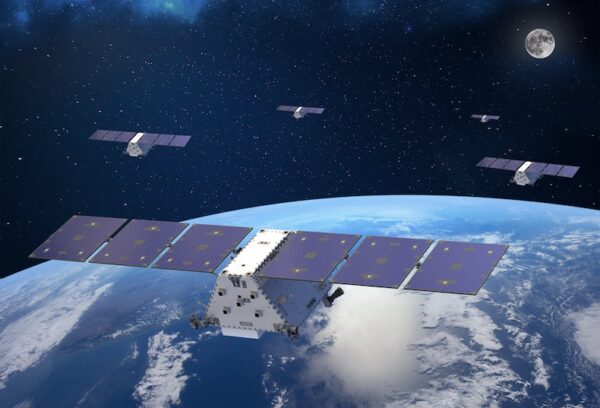 The Tysons telecommunications startup Omnispace is working with Lockheed Martin to develop a 5G network that will utilize both satellites and existing land-based cell towers to provide wireless service around the world.

The two companies announced on Tuesday (March 23) that they have entered into a “strategic interest agreement” to cooperate on turning Omnispace’s vision of a hybrid global communications network into a reality.

Brian Pemberton, Omnispace’s vice president of sales and marketing, says Lockheed Martin was one of several companies that the startup approached while looking for possible satellite suppliers, but as the discussions continued, they saw potential for a more ambitious partnership.

Headquartered in Bethesda, Md., with an office in Dunn Loring, Lockheed Martin is an aerospace and technology company that primarily works as a government contractor for the U.S. military and various federal agencies. In contrast, Omnispace has a more commercial bent, focusing on individual consumers and businesses.

The new agreement commits the companies to combining their different perspectives and resources to support a shared goal.

“We had a very common vision…around the value and utility that a global 5G network can provide,” Pemberton said. “So, our conversations evolved rather quickly from one of vendor-supplier to much more of a collaborative approach.”

Pemberton says Omnispace is aiming for a 2023 timeframe for when it hopes to initially deploy a 5G platform. That would align with when he expects prototype mobile devices to become available as international standards for how 5G devices and networks will interact with each other are established.

However, the need for a more efficient and expansive wireless communications system has become increasingly apparent over the past year, as the COVID-19 pandemic has pushed many activities — from school and office work to grocery shopping and social gatherings — into the digital realm.

According to Pemberton, the global wireless network envisioned by Omnispace could help eliminate dead zones and provide more resiliency, since satellites would not be affected by terrain or natural disasters like service providers on land.

As an example of how the technology could be applied, he cites the challenges presented by worldwide COVID-19 vaccination efforts. Reliable, continuous wireless coverage could enhance government and medical providers’ ability to track shipments and monitor environmental conditions to ensure the vaccines are stored properly, he argues.

“That’s just one microcosm that obviously resonates with a lot of people today, but you can extrapolate that to food transportation and other types of goods and just think about the global supply chain in general for all kinds of industries,” Pemberton said.