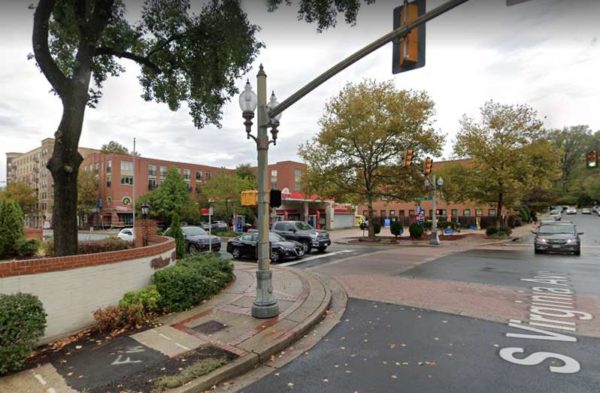 Final preparations are underway in the City of Falls Church for a pilot program to replace the city’s street lights with more energy-efficient LED bulbs.

The Falls Church Planning Commission is scheduled to provide feedback on proposed designs for the new street lights during its meeting tonight (Wednesday).

The pilot will proceed the rollout of a city-wide LED street light replacement program “to ensure that any unintended consequences will be mitigated,” according to a staff report that will be presented to the planning commission.

Falls Church initiated plans to convert over 1,000 street lights to LED last summer when the city added a “Streetlights and Sidewalks” program to its Fiscal Year 2021-2026 Capital Improvements Program (CIP). The program stems from a regional partnership with Dominion Energy, which has also committed to converting the street lights that it owns in Fairfax County to LED.

According to Falls Church staff, LED lights last five times longer and consume 75% less energy than the mercury vapor and high pressure sodium fixtures that are currently being used.

An energy savings summary prepared by a consultant indicates that converting street lights to LED will cost $152,639 — an average of $150 per light — but it will save the city $3,793 in monthly energy costs. The city would also reduce its energy usage by 40,270 kilowatts per month and its annual carbon emissions by 393,262 pounds.

“Energy and maintenance cost savings allow for payback periods of as little as four years for a basic fixture, or 12 years for a premium fixture,” Falls Church City Public Works Director Zak Bradley said in a memo. “The lighting can also offer improved visibility for public safety, enhancing walkability and bikeability in the City.”

The pilot program will focus on a small portion of the city designated by staff. Affected residents will receive letters notifying them that they can report any negative impacts resulting from the new LED lights immediately, though the city is not accepting public input on the aesthetics and design of the lights.

The pilot could start as soon as this month and will last one month before Falls Church starts expanding the LED street light conversion to the whole city.