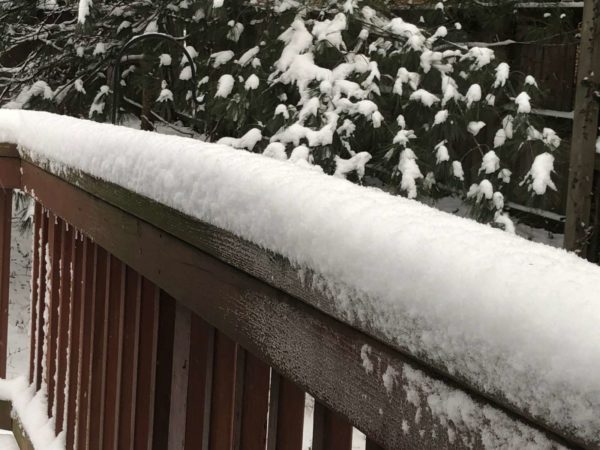 Winter Weather Advisory Extended to 1 P.M. — The National Weather Service has extended its winter weather advisory for the D.C. area, including Fairfax County, to 1 p.m. today due to “lingering snow bands.” There could be up to two inches of snow accumulation, and slippery roads could make the morning commute hazardous. [NWS]

Metro to Change Lost-and-Found Policy, Citing Budget Constraints — “Beginning March 1, Metro’s lost and found department will work to reunite customers with lost wallets and electronics (such as phones, tablets, and laptops) only. All other items lost in the system will be disposed of, donated to charity, destroyed, or auctioned.” [WMATA]

Mosaic District Partners with Virginia Plunge Again — The Polar Plunge Festival is the signature annual fundraiser for Special Olympics Virginia. In past years, the Mosaic District has hosted the Plunge, but due to the pandemic, the usual in-person event has been replaced by a week of festivities, culminating in a virtual ceremony on Saturday (Feb. 6). Registration is now open. [Mosaic District/Twitter, Polar Plunge]

Justice High School Graduate Drafted by Washington Spirit — “When the Washington Spirit returns to the field this spring, local fans may spot a familiar face at forward–Falls Church native Anna Heilferty. After graduating from Boston University this winter, Heilferty was selected 19th overall by the Spirit in the 2021 National Women’s Soccer League Draft.” [Washingtonian]