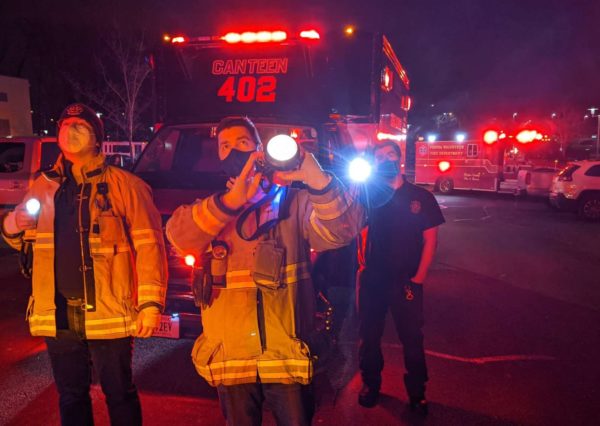 Virginia Extends COVID-19 Restrictions Through February — Gov. Ralph Northam has extended mask requirements and restrictions on social gatherings through the end of February. He also announced that the state will get a greater supply of vaccine and addressed questions about a gap between doses distributed and doses administered in a news conference on Wednesday. [Patch]

First Responders Flash Lights for Kids at Inova Children’s Hospital — “Tonight, we were honored to participate in a “flashlight salute” at @InovaHealth Children’s Hospital along with @DLVFRD and @FairfaxCountyPD. We turned on our emergency lights and shined our flashlights at the kids and they returned the favor!” [Vienna Volunteer Fire Department/Twitter]