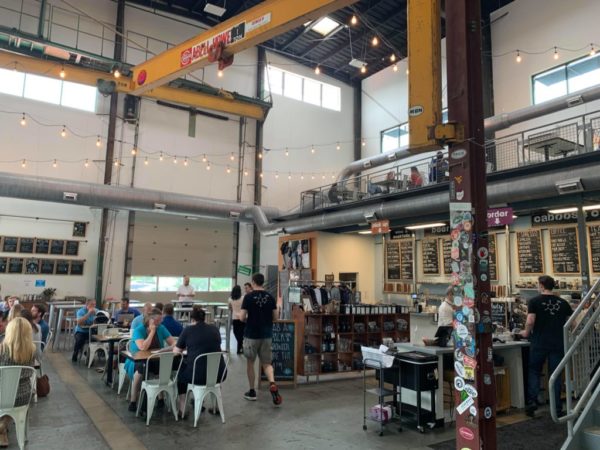 Jennifer McLaughlin, owner of the Caboose Brewing Company, is just starting to catch her breath and take a look back at the last few months of the local brewery not only trying to survive, but do some good for their communities.

It has not been an easy road for Caboose, which operates Caboose Tavern in Vienna (520 Mill Street NE) and Caboose Commons in Merrifield (2918 Eskridge Road).

“It’s been quite a whirlwind,” McLaughlin said. “Back in March, when this all went down, we had to let go of a lot of people. They don’t have a ton of resources. It was awful. We were letting go of people we weren’t sure would be able to pay rent and buy food and all those things. We lined them up with resources as best we could but that wasn’t really enough.”

“So we started a grassroots effort with local schools and a couple of churches,” McLaughlin said. “At one point, we were doing hundreds of grocery donations a week.”

The grocery boxes were delivered by volunteers and Caboose received donations, though never enough to fully cover the cost of buying the groceries.

“The numbers are way less than they used to be, ” McLaughlin said. “We’re now down to 10 families, which is down from 40 last week.”

Caboose also donated a total of 869 meals to Inova Hospital.

Caboose Tavern in Vienna was closed for a while when the pandemic started. Caboose Commons at the Mosaic district never closed, but it was also not very active during the worst of it. McLaughlin said the space gave management a chance to take a step back and assess the restaurant’s values and priorities.

“Some of those things get passed over as you’re rushing to get food to the table, but that really is the core of who we are,” McLaughlin said. “We start every meeting talking about our core values.”

Those values, which include nourishment and providing a safe gathering place for the community, were challenged during the pandemic.

“We grew up in the pandemic,” McLaughlin said. “We started not really understanding how to function in this new environment, but because we were open every day we were able to focus on ‘how are we able to do this, how are we able to keep each other and guests safe.’ By the time the rules came out on how to do stuff, we were already doing those things.” 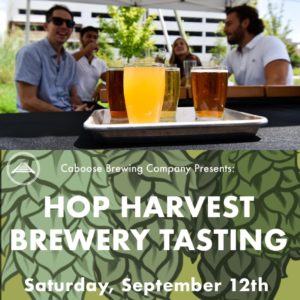 While gatherings are still limited, Caboose Commons is hosting one event before the season fades: a Socially Distant Hop Harvest Beer Tasting this weekend. Tomorrow (Saturday) the restaurant will host six local breweries and one cidery at distanced tables for friends and families. Tickets for groups of eight guests are $320 with guests needing to register for seating times from 10 a.m.-7 p.m.

Tickets can be purchased online.

McLaughlin said the tasting will likely be the only big event for the rest of this year, and doesn’t fully expect it to excel the way past events have.

“Most festivals do really, really well, but this is just a break even,” McLaughlin said. “It’s mostly just an opportunity to safely gather, and celebrate some local breweries that have worked hard over the last few months.”

The only other winter event are some fire pits that are still in plans. Normally those are a chance to make friends and meet new people, but if they go forward, McLaughlin said the new fire pits would require a reservation and be limited to groups of friends. With any luck, once Spring comes around, McLaughlin said she hopes Caboose will be able to open up again to more events and activities.