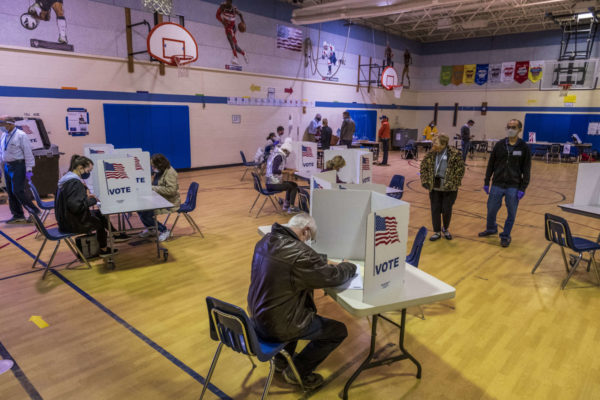 The Fairfax County Board of Supervisors praised election workers and volunteers yesterday (Tuesday) for their work on the 2020 general election, which presented local voters with new opportunities and unprecedented obstacles.

With voters turning out in record numbers, Fairfax County’s election staff had to adapt to the logistical challenges introduced by the COVID-19 pandemic on top of implementing a slew of new state laws to improve voting accessibility, including the introduction of no-excuse absentee voting and the elimination of photo identification requirements.

“There’s no doubt we had an amazing year,” Mount Vernon District Supervisor Dan Storck said. “[The election staff] came through with flying colors, and we definitely have to recognize that and appreciate that.”

Fairfax County Electoral Board Secretary Katherine Hanley confirmed again in a presentation to the Board of Supervisors that absentee voting drove turnout this year, with only 186,253 people voting in person on Election Day, an even lower number than election officials predicted.

By contrast, there were 414,381 absentee votes. The county received 222,003 by-mail absentee ballots, including approximately 85,000 that were returned through a drop box, and 192,398 people voted in person before Election Day at one of 15 early voting locations.

According to Hanley, the Fairfax County Office of Elections contacted 2,113 voters about small issues with their mail ballots. 1,315 of those voters fixed their ballots, a 63% cure rate.

One thing that surprised election officials was the 17,633 ballots that were either surrendered or goldenrod, meaning that it was never received, lost, or left at home by the voter.

“That’s a much bigger number than we thought there would be,” Hanley said. 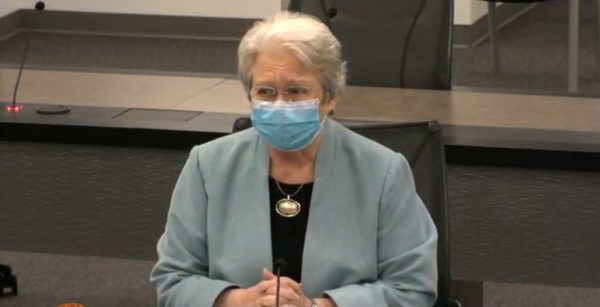 Because COVID-19 both triggered and coincided with so many changes in Virginia’s election policies, it is difficult to tell whether 2020 was an anomaly or a harbinger of long-lasting shifts in voter behavior, Hanley says.

Voters throughout the county consistently reported long lines and wait times once early voting commenced at the Fairfax County Government Center on Sept. 18, even after 14 satellite locations opened on Oct. 14.

While election officials tried to accommodate the crowds by extending voting times, they could not add more satellite locations, because Virginia law now requires localities to establish satellite voting locations by ordinance. The Fairfax County Board of Supervisors adopted an ordinance establishing its locations for the Nov. 3 election on July 14.

Though the social distancing protocols necessitated by the pandemic will presumably not be a factor in future elections, Hanley says Fairfax County needs to expand early voting opportunities by adding more satellite locations and offering longer hours or more days for people to vote.

Hanley also recommended that the county review its curbside voting procedures, which caused some confusion this year, and its process for reporting preliminary election results, which took longer than usual because 6,100 ballots returned in drop boxes on Election Day had to be counted by hand after the polls closed.

“None of this will matter if the computer systems are not improved,” Hanley said, adding that the Virginia Department of Elections is in the process of upgrading or replacing the VERIS system it uses to manage voter registration and track ballots.

It will also be up to the state to make changes like the ballot drop boxes, voter notification process for curing errors, and prepaid postage for mail absentee ballots permanent. Those were temporary measures enacted by the Virginia General Assembly in response to COVID-19.

“I think ballot drop boxes are something we need to encourage the General Assembly to extend into the future, because they really did have the effect we wanted them to have,” Mason District Supervisor Penny Gross said.

In order to support many of these proposals long-term, Fairfax County will need to devote more money and staff to its election operations, Hanley cautioned.

She says she was “pleasantly surprised” by how many people stepped up to assist with this year’s general election, but it was more challenging to recruit workers for the satellite locations than for Election Day.

“We were given a pretty much unlimited budget, and we exceeded it, because we did have other funds coming in,” Hanley said. “We’re going to have to make some judgments with you all about the most efficient way to serve this need and also be responsive to the taxpayers as well.”