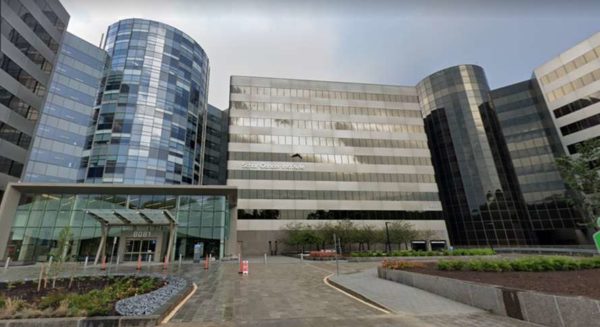 Inova Health System will open a new cancer screening and prevention center on its Center for Personalized Health campus in Merrifield, the nonprofit healthcare network announced on Nov. 10.

Expected to open in fall 2021, the new 24,000 square-foot cancer screening center will be an expansion of the Inova Schar Cancer Institute, which opened on Innovation Park Drive in May 2019.

The center is being supported by a $20 million donation from Paul and Linda Saville, Inova says.

Paul Saville is the president and CEO of the Reston-based home construction company NVR, Inc., whose founder and chairman, Dwight Schar, and his wife Martha donated $50 million to build the Schar Cancer Institute, according to the Washington Business Journal.

“We’ve all been impacted by cancer, and many of us know someone who has died from cancer due to a late diagnosis,” Paul Saville said. “We hope that many more people will have access to early detection and treatment and avoid serious disease.”

Inova says the new center made possible by the Savilles’ donation will be the first of its kind in Northern Virginia, which currently lacks a “comprehensive, multidisciplinary, organized cancer screening and prevention program.”

Preventative resources for patients who may be at high risk of developing cancer will include genetic testing, opportunities for clinical trials, and education on nutrition and exercise.

“The Savilles’ commitment to help us create a state-of-the-art early detection and prevention center is bringing us a giant step closer to becoming the leading cancer institute in our region,” Inova Health System President and CEO J. Stephen Jones said.

The U.S. Centers for Disease Control and Prevention currently list cancer as the second most frequent cause of death in the U.S. after heart disease, but that appears to be based on data from 2018.

According to Inova, cancer surpassed cardiovascular disease as the leading cause of death in America this year.

“By providing members of our community accessible, multidisciplinary screening and prevention services in a ‘one-stop-shop’ approach, we hope to cure more cancers by catching them early,” Schar Cancer Institute President John Deeken said. “And through programs such as smoking cessation, as well as dietary and exercise interventions, we hope to prevent more and more cancers in the years ahead.”