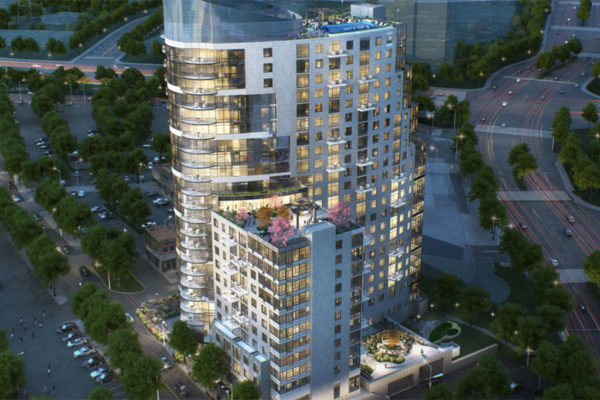 It’s been a long and bumpy road, but the 26-story mixed-use building replacing J.R.’s Stockyards Inn finally has its long-sought Board of Supervisors approval.

Attorney John McGranahan acknowledged the new development had been a challenge to push forward.

“This was a challenging case,” McGranahan said. “The big issue was consolidation.

The project had faced pushback after staff argued earlier iterations of the project didn’t meet goals for promoting the Tysons street grid or public park space, but ultimately the plan was altered and a street grid implemented to staff’s satisfaction.

At the Board of Supervisors meeting earlier this week, both the applicant and supervisors expressed optimism about what the new development could bring to the area.

“The idea is that this would be that building would be the first redeveloped site in sub-area 5 of Tysons and would spark other neighbors to come in with their own development proposals,” McGranahan said. “We saw this as the first piece of a puzzle.”

“This is a really interesting step in Tysons in terms of how, potentially, smaller properties can come forward and help achieve the broader goals,” Alcorn said. “I want to compliment both the applicant and staff, this looks pretty good.”

Palchik called it a keystone development that will act as a catalyst for future development in the area near the Tysons Corner Center.

“It is nice to see, while we’re losing a nostalgic landmark for a lot of us, it is nice to see the evolution in Tysons and some of the original owners who have seen a lot of the changes around them happen [are] able to participate in that,” Chair Jeff McKay said.