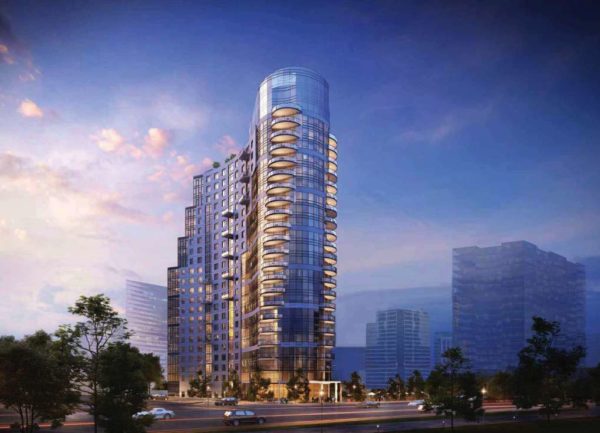 A plan to demolish one of Tyson’s oldest restaurants and to replace it with a new high-rise, luxury apartment building is awaiting its next step of approval next week after hitting a recent snag.

The planned residential development, which if approved will replace the J.R. Stockyards Inn, located on 8130 Watson Street, will go before the Fairfax County Planning Commission for approval on Sept. 16.

The proposed development hit a snag in its approval process in July, with Fairfax County planning staff originally recommending the Planning Commission reject the application for the proposed apartment building because it proposal did not meet the county’s requirements for “a functioning grid of streets and provision of public parks.”

But after the developers made changes to the proposal, planning staff signed off on it and now it will go before the Planning Commission for approval. Those changes included adding funding for needed street modifications and a stronger commitment to upgrading the planned park space.

“When completed the luxury apartments on Watson Street will become an iconic image in the skyline in Tysons Corner,” KGD Architecture, the firm tasked with designing the development writes on its website. “Its striking architecture will feature a cylindrical glass tower anchored by high and low curvilinear residential towers arcing to the west and south.

Originally proposed in 2018, the proposed 26-story apartment building will be a mixed-use development with luxury apartments and an underground parking garage. Developers are billing their proposal as an attempt to help bring new life to the retail space in Tysons, with the proposed development being located next to Tysons Corner Center between Tysons and Greensboro Metro stations.

J.R. Stockyards Inn, a two-story, 42-year-old steakhouse, was one of the first restaurants to open outside of Tysons Corner Center. But since 2011, the restaurant has closed its daily service.