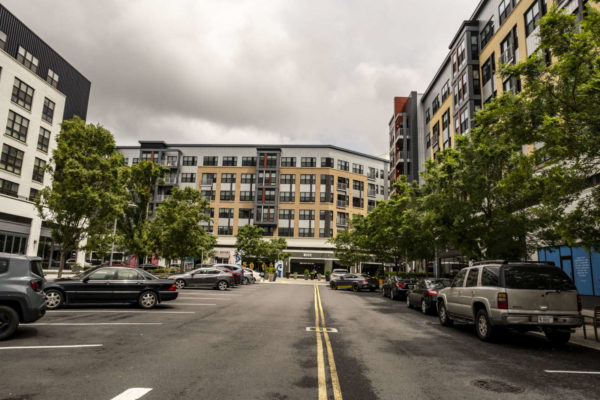 Fairfax County officials are celebrating the success of the Mosaic District, with a refunded bond sale making its way back to the county coffers.

At the Board of Supervisors meeting yesterday, the Board approved a refunded portion of a bond. According to the staff report:

Based on market conditions as of August 31, 2020, a refunding bond sale of $57.2 million is estimated to generate net present value savings of $18.8 million or 33% of the refunding bonds. Debt service payments are programmed in Fund 70040, Mosaic District Community Development Authority. It is expected that annual TIF revenues generated in excess of annual debt service requirements, administrative costs, and deposits to the surplus fund will be retained in the County’s General Fund, including additional savings realized from the refunding bond sale. It is also noted that the reduction in debt service accruing from the refinancing will reduce the potential need to collect the special assessment on owners in the District to cover debt service.

Board members were enthusiastic about the economic sustainability of the Mosaic District and pointed to the commercial area as a positive return on investment.

“This is a very exciting day, that we’re able to refinance and see quite a bit of saving from these bonds that were high risk bonds,” Providence Supervisor Dalia Palchik said, “and we’re hoping they will now be rated and we’ll be able to see reinvestment in the greater Merrifield area.”

“It’s a grand slam home run, and now the financial rewards are starting to flow,” Foust said. “It’s all coming together.”

Chair Jeff McKay also highlighted another small bit of news for the Mosaic District — that the planned self-driving shuttle is getting closer to reality.

“Palchik and I recently heard, on a small fun note, relay self-driving vehicle has been cleared by the Feds to start accepting passengers,” McKay said. “So, many great things are happening in Mosaic, none of which would be happening without the work this board did on establishing to Mosaic District in the first place.

For Vice Chair Penelope Gross, it was a surprising turnaround from when the Mosaic District had first been proposed.

“When Gerry Connolly brought up the issue of Mosaic and we all looked at him like ‘are you crazy?” but he had a vision of what had to be done and it worked,” Gross said. “He was convinced, as Providence district supervisor, that this was going to be a boon for the community. It took 20 years, but it really has paid off.”