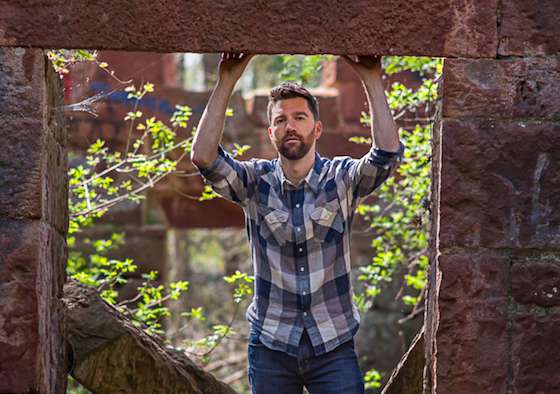 Despite Eli Lev’s global popularity, the musician holds his Northern Virginia hometown roots in high regard.

Born and raised in Falls Church, the hybrid folk-singer quit his day job around roughly three years ago to pursue music after playing his first few shows at Tryst in Adams Morgan, D.C. and other small venues in the Northern Virginia area.

To this day, Lev said that one of his favorite venues is still the Jammin Java in Vienna, because of its support for upcoming artists.

“The origin story is more of a haphazard journey,” Lev said, adding that he picked up instruments “here and there” before he moved back to the region after living in Andora — a small European country. For him, music and shared culture was a way for him to reconnect with friends and family after living abroad.

In the three years since he began playing professional gigs, Lev has toured the United States and Europe and recently released his album Deep South. The album was inspired by Native American culture he learned about while teaching on the Navajo Nation in Northern Arizona and is part of a four-album series about his travels.

The last album in the series “True North” will likely come out later this year, Lev said.

Lev’s music style, though continuing to evolving, was primarily inspired by his adventures around the world. Singer and songwriter-style music was attractive to Lev because it allowed him to travels around with an acoustic guitar and make connections with other travelers.

Since first starting, Lev said he also began to experiment with indie-folk, pop and even jazz elements.

People around the D.C. area may recognize Lev from local Sofar Sound Concerts, which he makes regular appearances at. Sofar Sound Concerts are pop-up concerts where attendees are asked to gather at a random location across town to see a surprise lineup of artists. The concept has become increasingly popular over the last few years and has grown internationally.  “I was lucky to come across the whole community as a listener first,” Lev said.

Because of the ongoing pandemic though, Lev hasn’t given up performing and instead has taken to performing at outdoor venues and on live streams.

“They’ve carried me through this crazy time essentially,” he said.

Additionally, Lev has set up a virtual community for followers and fans called “The Levitators,” which allows people to connect with Lev, giving them sneak-peeks to new songs, live streams and access to new merchandise. In return, Lev said that he receives valuable feedback.

Anyone who wants to join The Levitators can sign up online. Membership is international, Lev said, adding that he knows of members from Brazil, India, UK, Israel and Mexico.

This weekend (Sept. 19 and 20) Lev will actually be performing at a live stream festival called DREAM STREAM. Tickets and a schedule can be found online.