After several weeks in the mid 200 range, COVID-19 figures for Fairfax County swelled to over 400 new cases per week in mid-August.

While the data at the time showed cases continuing to trend downward, the window of COVID-19 diagnoses meant that the figures for the mid-August timeframe increased substantially in the following weeks. The week of Aug. 16 there were 434 new cases — the highest number of new cases per week since May. 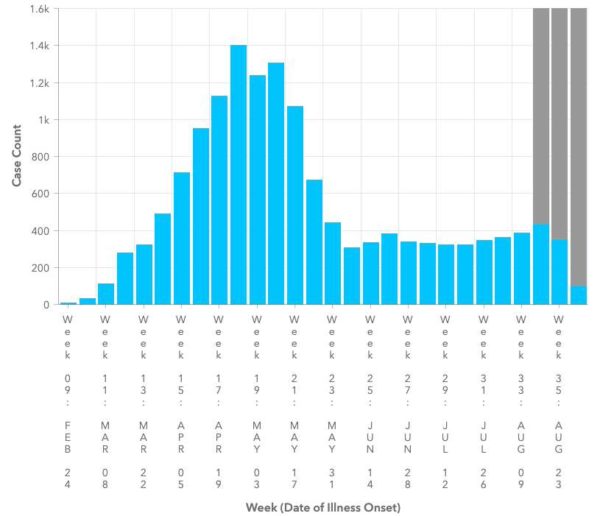 One of the highest densities of cases was the 22027 area code, which includes Dunn Loring and parts of Idlywood, but the zip code is small enough with a population of only 2,362 that a count of 71 confirmed cases was disproportionately high.

The other areas nearby had roughly 200 confirmed confirmed cases each except 22043, which includes Merrifield and parts of Tysons, which had 353 cases.

Photo by CDC on Unsplash, image via Fairfax County