The number of new COVID-19 cases appears to be remaining steady in Fairfax County, according to data from the Virginia Department of Health.

The weekly average of new COVID-19 cases has remained between 16-200 since mid-June in Northern Virginia. Statewide, the average has been dropping since mid-July after a spike.

The epidemic curve for the Fairfax Health District, which shows the number of new cases in a week by the date symptoms started, has remained mostly the same since June and saw a decrease in early August, according to Fairfax County’s dashboard. 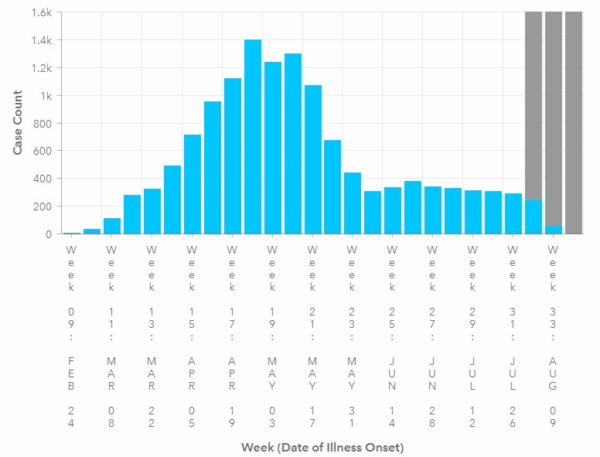 While the age group for people ages 18-49 has seen the most number of cases, people ages 65 and older have died the most from the virus in the county.

State health officials have pointed to a lag in reporting cases for spikes in daily updates on the VDH website.

Photo by CDC on Unsplash, image via Fairfax County