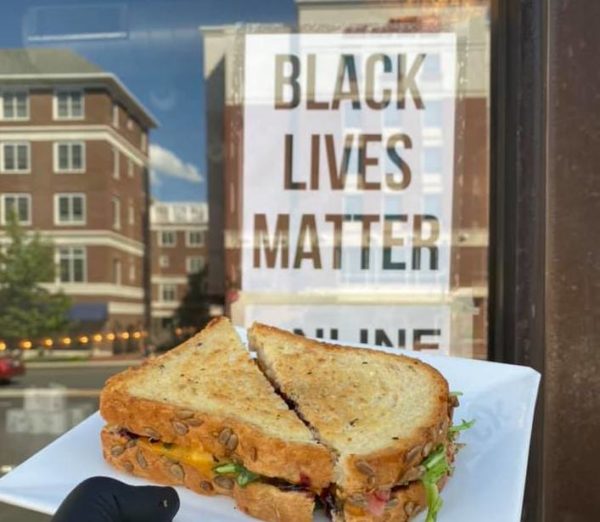 Black Lives Matter DC is a member-based organization that helps Black people around the D.C. area who are at risk of violence by working toward “the abolition of systems and institutions of white supremacy, capitalism, patriarchy and colonialism,” according to the website.

“We are a radical collective of Black artists, infrastructure builders, movement healers and strategists from the future, organizing in the here and now,” according to BLM DC’s website.

Spacebar, a local hangout, offers diners a variety of brews and meals like sandwiches including a variety of grilled cheese ones and loaded tater tots. People can order for pick up and view the menu online.

The location will be open from 4-8 p.m. this evening for people looking to support the Black Lives Matter movement while enjoying some beer or food.

People who want to call attention to the BLM movement and create space for Black voices to be heard are using #blackoutTuesday on social media, according to the Guardian.