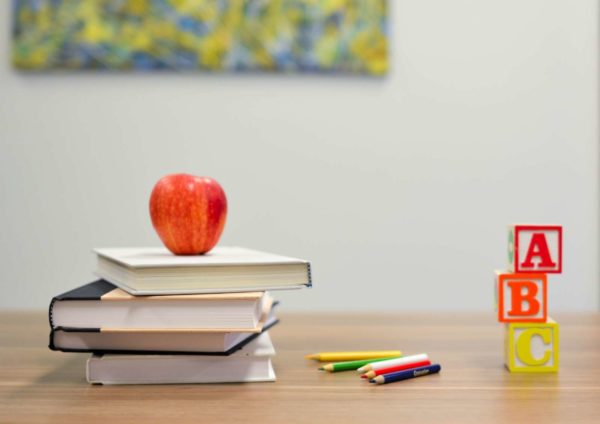 With uncertainty about the future of social distancing requirements and community health guidelines, Fairfax County Public School Board members are discussing what the upcoming fall semester might look like for teachers and students.

Though they said they won’t be making an official decision until the June meeting, board members bounced around ideas for online schedules and smaller class sizes at a work session on Monday (May 11).

The main concerns for the board include how to respect social distancing measures, how to help students who might not be able to return due to health concerns for themselves or their family, training for teachers and staff and finally how to ensure the continued quality of education, according to a slideshow shared at the work session.

Given current conditions, though, the board said it is looking at several possible options for the fall semester and is waiting to make a final decision until it has more guidance.

“We lack clarity around the time and conditions we might return under,” said Sloan Presidio, FCPS Superintendent. “We are hoping to get that clarity from the state in the coming weeks.”

The first possibility would be to begin the school year virtually using distance learning, giving faculty to revise schedules and curriculum that “best-fits students needs.”

To help with child care services and other needs that are usually fulfilled with in-person education, Presidio suggested that FCPS would work with faith-based organizations and similar institutions to fill the gap.

Yet another scenario would be returning to school in the fall, but with social distancing guidelines.

“That would require us to serve students based on their needs,” Presidio said, adding that priority would be given to students who would benefit the most from in-person instruction. Examples include students with learning disabilities or students learning English as a second language.

Melanie K. Meren, Hunter Mill District Representative voiced concern at the meeting over the best ways to build communities for younger students, who are familiar with touch and play in their learning process.

“I would like to have more information about how we are going to acclimate our youngest learners to school,” she said.

A final scenario would be fully returning to a normal school schedule and offering online enrollment opportunities for students who wish to stay home, according to the meeting documentation.

Ricardy Anderson, a Mason District Board Member also suggested that schools send out a survey to parents, asking if they would let their students return to school regardless of FCPS’s decision — so FCPS could plan ahead and offer a more advanced online learning opportunities and partnerships.

Karen Keys-Gamarra an at-large board member also suggested that FCPS should work harder to communicate plans with parents and said that better channels of communication would “relieve anxiety” that many people are currently feeling.

For a worst-case scenario, FCPS is also working on a plan if, for whatever reason, students would have to once again transition back into distance learning.

To help with the mental welfare of students in the coming months, regardless of in-person or online instruction, the board said they want to implement a stronger social-emotional learning plan.

“That is foundational to everything else we want to do academically,” one of the board members said.

The cost of the program would cost roughly $7 million according to the documentation at the meeting, which when broken down includes roughly $1 million for development of the curriculum, another $1 million for the screening tools and the remaining $5 million for new staffers and instructors.

Photo via Element5 Digital on Unsplash