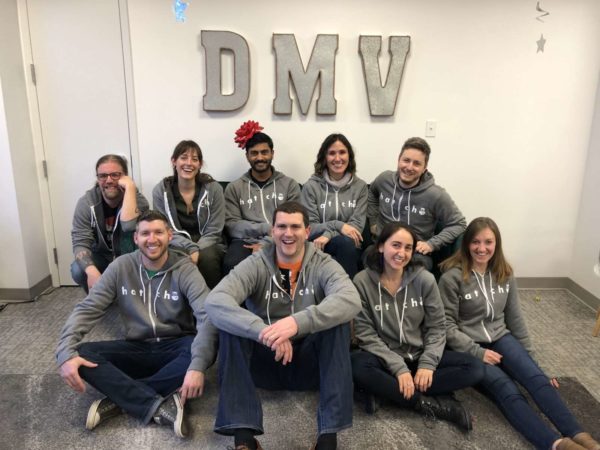 Tysons-based company hatchIT launched a new site in February to connect independent engineers, developers and entrepreneurs in the D.C. area.

Called Hatchpad, the site allows users to create a social media-type account to talk with people working on new projects, seeking jobs, hiring or simply wishing to network in their field, according to the website.

People can sort through posts and project collaborations based on tech stack (a.k.a. coding language), region or work location — at home, part-time or in an office.

Hatchpad founder Tim Winkler said that the idea came to the team after realizing talent recruitment in the area was difficult for startups and product designers. “It’s often hard to cut through the noise of government contracting,” he told Tysons Reporter.

The site only caters to people in the D.C., Virginia, Maryland and Baltimore areas, but Winkler said there are plans in the works to expand the site’s capabilities — both geographically and feature-wise.

Though there isn’t a way for people to chat on the site just yet, startups and engineers are encouraged to post a blog or video interview showcasing their projects, according to Winkler. From there, people can get in contact with one another by finding contact information online.

Roughly 450 people have accounts on the site, Winkler said, adding that more than 1500 people are on their listserv for a weekly email update.

For example, Reston-based startup Hawkeye360 uses the site to advertise job listings and talk about its product.

Like almost every other company, Hatchpad adapted to changing norms prompted by COVID-19 within the last few months.

“There is a push for us to bring a new line of virtual events during this time,” Winkler said, adding that engagement with digital events can be more difficult than with in-person events.

Before the pandemic hit, according to Winkler, people were more likely to attend in-person events since it was easier to gather and organically network over food and drink.

“Folks seek that social interaction and that’s why they enjoy physical events,” he said.

To solve this problem, hatchIT and Hatchpad are considering putting together invite-only, “round table” digital events where roughly 10 industry professionals would come together over a specific topic.

These events, potentially called “Hatchpad Huddles,” would be around 30-45 minutes in length and give people the opportunity to speak up and stay engaged, according to Winkler.

Though a lot of companies are experiencing hiring freezes, Hatchpad is encouraging the use of its platform by offering fun ambassador perks for current members.

People who bring new users onboard may score prizes like Hatchpad socks or free tuition to certain online workshops, much like the podcast Morning Brew does, Winkler said. “We really want the site to grow organically.”