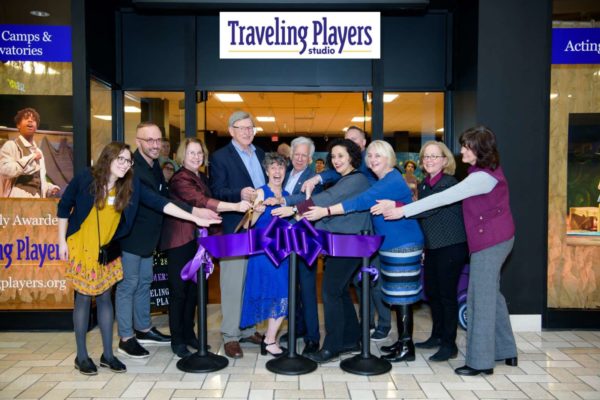 Only a few months after finding a permanent home in Tysons Corner Center, Traveling Players, a kids’ theater company in Tysons, is adapting to social distancing mandates caused by COVID-19.

Instead of temporarily shutting down its programming, the theater decided to go digital, according to a press release.

Though the upcoming shows, which included “Charlie and the Chocolate Factory” and “A Midsummer Night’s Dream” have been postponed, the theater group is still hosting community activities.

“But just because performances have been postponed, it doesn’t mean that the fun has slowed down at Traveling Players Ensemble,” a press release said. “In keeping with the organization’s roots in the outdoors, they quickly began hosting weekly ‘campfire’ parties on Zoom to allow students, staffers and alumni to connect from all over the country.”

More information about the campfire parties can be found on Facebook.

Kids also have the opportunity to try out for the next set of productions put on by Traveling Players and take part in a virtual improv class.

The May Madness Improv program will take place every Wednesday in May, inviting kids along with their family members to create imaginary scenes, characters and storylines, the event page said. Registration is $60 for kids and $120 for a kid-parent pair.

“Students in grades 4-6 can play as a team with a parent or grandparent for some family fun, or kids in grades 6-12 can practice the fundamentals of short- and long-form improvisation,” the press release said.

For kids hoping to take part in future productions, auditions will take place on Saturday, May 2, through Zoom, the press release said. Parents can sign their kids up for a time slot online.

Along with the virtual get-togethers and tryouts, the organization previously hosted a digital spring break “acting intensive” from April 6-10 after hearing that kids were getting bored at home, according to the press release.

“Students in grades 6-12 met via Zoom for five hours a day over the course of a week,” the press release said.”In a lot of ways, Zoom class looked just like a studio class. The students would log on and get a chance to chat with their friends before classes started.”

As a non-profit, Traveling Players offers scholarships for families in need of assistance, its website said.