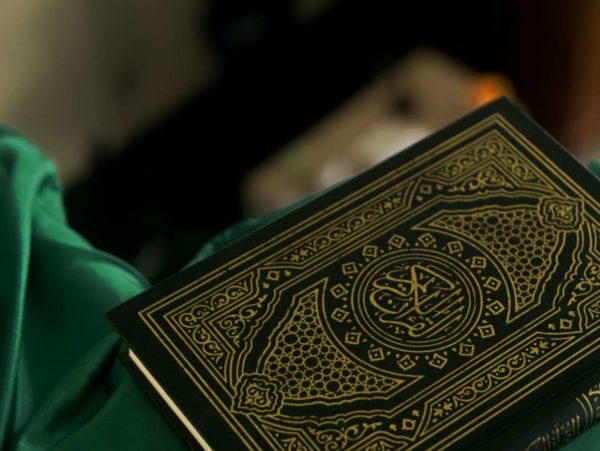 Ramadan is underway, and worshipers in the Tysons area are adapting so they can still celebrate while social distancing guidelines and stay-at-home orders are in place.

The month of fasting and communal prayer celebrates the time of year when God was said to reveal to the Prophet Muhammad the Qurʾān, Islam’s holy book. Due to the coronavirus pandemic, people are foregoing traditional in-person community dinners and prayer services at mosques.

Religious leaders and volunteers from both the privatized Aga Khan Council and the Dar Al-Hijrah Islamic Center, which is a public mosque, told Tysons Reporter that they are encouraging worshipers to stay home with their families this year and celebrate using digital methods.

Ramadan began on April 23 and will end on May 32. The religious holiday is considered one of the holiest months for the Islamic faith and involves “intense spiritual rejuvenation,” according to the Islamic Networks Group.

Dar Al-Hijrah, which is located in the outskirts of Falls Church, is struggling with the impacts of the COVID-19 pandemic, according to Saif Rahman, the director of public works and government affairs for the center.

“We were hit pretty hard,” he said.

The first weekend in March was when the center was scheduled to host its fundraising dinner and also the same weekend places of worship were shut down around the area, he said. The center lost roughly 15- 20% of its yearly funding, he said.

“This meant that the 4,000 people who gather for Friday prayers could not gather for the first time in our history,” the website said.

Still, during this time Rahman said the center feels obligated to help the community in time of need, especially during Ramadan. Despite the lack of funding, the mosque is feeding hundreds of families of all faiths each Thursday, according to Rahman. The center is actively seeking donations and details can be found online.

Dar Al-Hijrah is also providing Iftar meals for the elderly and people who are incarcerated. As part of the Ramadan ceremony, Iftar meals are usually served with family and the extended community to mark the end of fasting for the day.

This year, instead of serving meals together in a community space, Rahman said volunteers organized a drive up and drop off system for the food.

“Ramadan is a time communities come together,” he said. “That physical connection may not be there, but we are trying to keep that spiritual connection through the means available to us. ”

Going forward, Rahman said that the end of Ramadan will be among the hardest time for the families and really “hit home.” He compared the end of Ramadan to Christmas dinner, adding that it will become especially difficult and sad when people cannot be around their larger communities and support systems.

The mosque is encouraging people to touch base with family and friends through digital software.

For people interested in at-home prayer services, they can tune into prerecorded sessions on Dar Al-Hijrah‘s website.

Meanwhile, the McLean Islamic Center is a virtual program, with nightly Zoom sessions during Ramadan.

“While the ongoing COVID-19 pandemic will prevent us from being together physically, we can however connect in remarkable ways virtually,” according to the center’s website.

The Aga Khan Council, a private institution of worship that has a location in Falls Church, is offering free workshops for its members during Ramadan, volunteer Zak Karim said. Though the center doesn’t offer religious ceremonies, he said that the group’s leaders are encouraging virtual connection with friends and family.

The staff at their Jamat Khana, a place of worship for Shia Ismaili Muslims, is also encouraging people to pray at home with their families and engage in spiritual activities such as yoga.

“It’s about how healthy eating, healthy choices, cooking classes and then more of the educational meaning — learning how art and culture — intersect with one’s ability to contemplate thought,” Karim said.