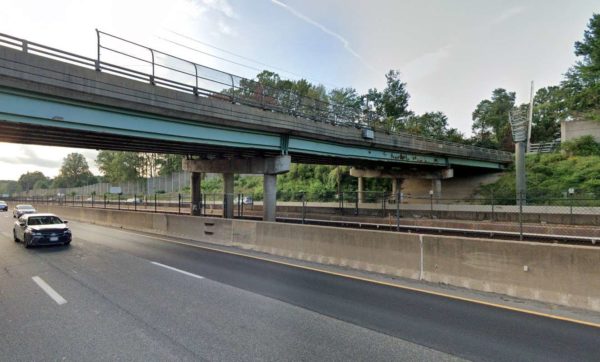 Major work underway to revamp I-66 underway may soon extend to a bridge and road on the border of Vienna.

Plans to demolish and rebuild Cedar Lane’s bridge over I-66 and the Metro tracks are a part of the Virginia Department of Transportation’s multi-year Transform 66 project.

While nothing has been finalized yet, the bridge will likely get demolished and rebuilt this summer to take advantage of the Orange Line Metro shutdown, they said.

“We’re still having this dialogue so a final decision isn’t made,” Shaw said.

Currently, the lack of a right-hand shoulder on I-66 is creating safety concerns, Smith said.

“It would allow us to take full advantage of WMATA’s shutdown,” she said, adding that the goal is to demolish and rebuild the bridge as quickly as possible.

The single-phase construction would require a detour for drivers and pedestrians for the entire six months, Smith said, noting that this option would have fewer impacts on I-66.

Smith said that an analysis of a six-month closure of the bridge found that two-thirds of the traffic on is cut-through traffic between the City of Fairfax and Tysons, while one-third of the traffic is local. 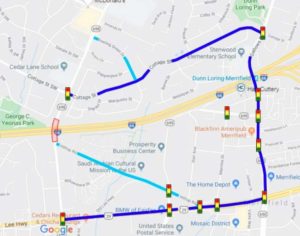 The analysis suggested that drivers would find alternative routes, with local traffic shifting to Nutley Street and Gallows Road.

Smith said that a different detour would be in place for the roughly 40 pedestrians and 20 bicyclists who currently use the bridge every day.

Smith said that the two Fairfax Connector routes that use the bridge would need to be rerouted for a six-month closure.

The bridge is just one of several projects in the area, including:

“Obviously, Cedar Lane construction won’t happen in a vacuum,” Smith said. “There’s a lot of other construction happening on the corridor simultaneously.”

Work is set to start on the Cedar Lane Bridge in May, Smith said. The new bridge would aim to open by mid-November.

Once the bridge is closed for construction, Smith said that commuters can expect congestion to increase.

People interested in learning more about the single-phase construction can expect a meeting at Thoreau Middle School in late March, Smith said.

Image (1) via Google Maps, image (2) and maps via Town of Vienna

END_OF_DOCUMENT_TOKEN_TO_BE_REPLACED

More Stories
Investing Insights: How to Invest with Confidence During Stock Market TurmoilJUST IN: FCPS to Give Students Monday Off for Coronavirus Planning